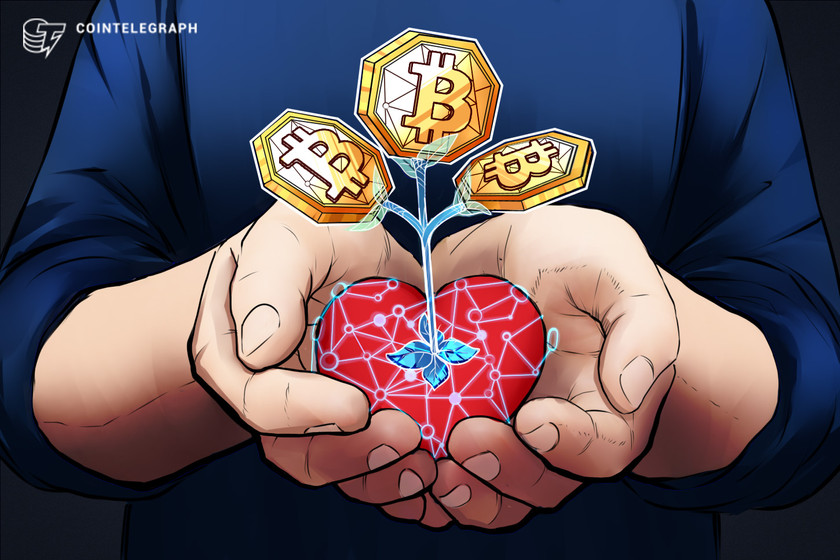 $1.3M worth of BTC donated to Bitcoin-hodling charity in less than 3 weeks

$1.3M worth of BTC donated to Bitcoin-hodling charity in less than 3 weeks

The Bitcoin Water Trust has already received more than $1.3 million worth of BTC donations despite launching just three weeks ago.

New York-based non-profit, Charity: water, has received more than $1 million in BTC donations to its Bitcoin Water Trust within three weeks of the trust’s launch.

The Bitcoin Water Trust was announced during the 2021 Bitcoin conference in Miami. The initiative attracted attention for its “HODL MODL” treasury management strategy — with the non-profit accepting donations in Bitcoin that it will not touch until 2025.

According to the charity’s website, a total of 32.5949 BTC has been donated so far, which equates to more than $1.3 million at current prices.

The charity is hoping to leverage the hypothetical gains Bitcoin could make over the coming years. A June 14 blog post from U.S.-based crypto exchange Gemini — which is providing crypto custody services for the trust — asserts that donations received by the charity today could have a much larger impact if held into the future:

“This new charity model — the HODL MODL — creates a new paradigm for charitable giving. It brings the HODL ethos of Bitcoin to charitable giving, and means your bitcoin donation today could make an even bigger impact tomorrow.”

Gemini’s founders, Tyler and Cameron Winklevoss have also agreed to match the first 50 Bitcoin donated to the Bitcoin Water Trust.

Charity: water was founded in 2006, with the non-profi working to launch community-owned water projects that provide clean water and sanitation to developing nations. The organization first began accepting Bitcoin donations in 2014.

Charity has become a popular topic within the crypto industry in recent months after Ethereum co-founder Vitalik Buterin donated billions worth of SHIB tokens that had been airdropped to his wallet by the meme-coin’s creators.

Buterin donated one-tenth of his SHIB holdings to charity after burning the remaining 90% to deter other altcoin developers from airdropping massive quantities of their token’s supply to his wallets for promotion. The India Covid Relief Fund was among the top recipients of Buterin’s dog-token stash, receiving more than $1 billion worth of SHIB.

On May 31, the Human Rights Foundation (HRF) — an organization that supports human rights activism globally — launched several Bitcoin-based grants as part of its $210,000 Bitcoin Development fund.