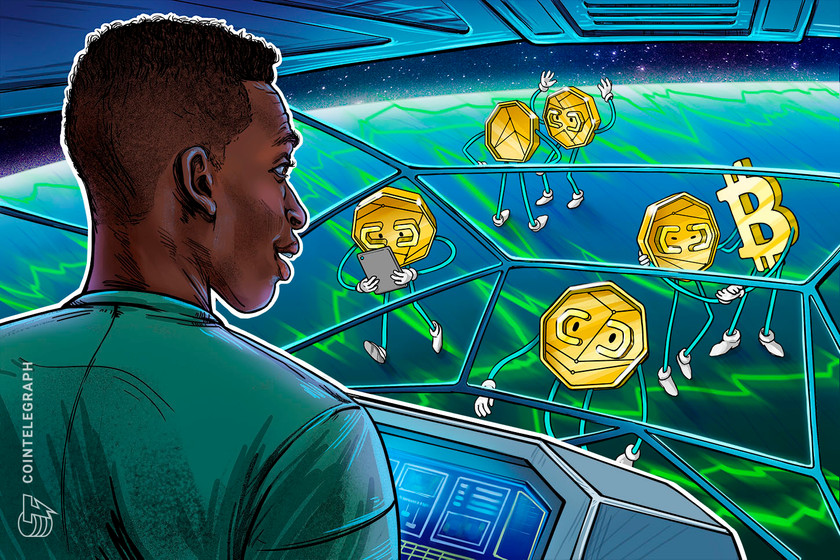 A quick short squeeze catapulted Bitcoin price above $54,000 and a handful of altcoins rallied to new all-time highs.

Cryptocurrency investors breathed a sigh of relief on April 26 as the sharp reversal in the price of Bitcoin (BTC) was accompanied by a market-wide recovery that has a majority of altcoins seeing green. It’s likely that the breakout was aided by bullish assessments from JPMorgan analysts and PayPal’s announcement that demand for purchasing cryptocurrencies had surpassed expectations.

Data from Cointelegraph Markets and TradingView shows that after bouncing off a low near $47,000 on Sunday evening, Bitcoin roared back above the $50,000 support level in the early trading hours on Monday and climbed above $53,500 by mid-day while Ether (ETH) reclaimed $2,500.

Last week’s market pullback did little to slow the mainstream adoption of cryptocurrencies as stories like NFL draft prospect Trevor Lawrence signing an endorsement deal with crypto portfolio-tracking platform Blockfolio and hotels in Nigeria announcing plans to accept Bitcoin as payment emerge on a daily basis.

Data from Glassnode shows that on-chain transfer volume and the average transaction fees for the Bitcoin network hit new all-time highs in the previous week as the network continues to recover from mempool congestion due to the drop in hashrate that occurred as the result of a power outage in China.

Analysis of the Spent Output age bands, which detail how long BTC has been sitting in a wallet, indicates that newer token holders were shaken out by the recent dip while wallets that have been holding longer than 1 month saw a decline in transaction activity.

The data also shows that wallets that have been holding for longer than 6 months have not seen a notable increase in spending since the market pullback in February.

Further bullishness can be found when looking at miner accumulation which, according to Glassnode, is at its highest level since mid-2018.

Overall, analysis shows that it was the newer hands in the market that were shaken out by last week’s correction, while the more experienced crypto traders were happy to accumulate BTC from those worried about a further price drop.

Bitcoin’s struggles over the past week have allowed altcoins to step forward and gain market share with a number of coins breaking out to new all-time highs and trading volume on decentralized exchanges on the uptrend.

The Ethereum-based DeFi lending platform Compound (COMP) spiked 17% overnight to reach a new record high at $671 while the layer-2 solution Polygon (MATIC) surged 68% to a new all-time high at $0.576.

The Solana-based decentralized exchange Serum (SRM) saw its native token price break out to a new high at $11.47 thanks to increased activity on the Solana (SOL) blockchain network.

Solana price gained over 120% in the past week and reached a new high of $48.46 on April 25 as its ecosystem continues to expand and new projects launch on this layer-1 Ethereum competitor.

0
0   0
previous Serum (SRM) hits a new all-time high as Solana adoption gains traction
next All 200 Cryptocurrency Exchanges Could Be Shut Down Under New Regulation in South Korea, Regulator Warns