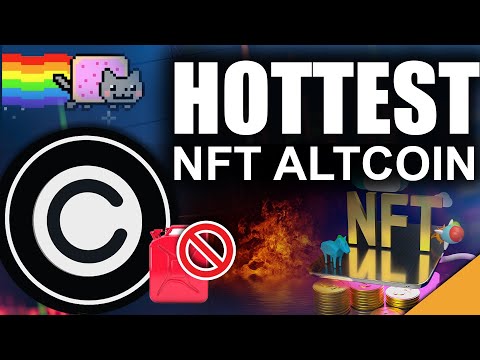 As of January 2021, the Coinbase iOS and Android apps have transitioned away from native development to React Native, and all mobile engineers are now collaborating in a single codebase. The transition from native to React Native did not happen overnight, and in the interest of helping those contemplating such a decision, we want to tell the story of how we got here. Specifically, we want to share our deliberate and methodical process of testing and observing results, then upping the stakes with increasingly more impactful trials, as this approach was critical to the migration’s success.

To put the impact of this technological shift in perspective, Coinbase provides financial services to 56 million users and generated $1.8 billion in revenue in Q1 2021 alone. Regressions in features or lackluster performance could have serious implications for our customers and our business.

The size of our native codebases was also notable. Migrating to React Native meant reimplementing over 200 screens, many of which contained substantial business logic. The transition also involved retraining our 30+ native engineers while continuing to make progress building new features and sunsetting our legacy apps. There were many moving pieces, but we were able to deliver significant product performance improvements at each stage of the migration.

When Coinbase was founded in 2012, it only had a website — we began our mobile program in 2013. The first iOS and Android apps we released were native, written in Objective-C and Java, respectively.

By 2017, we had a small team of Android and iOS engineers working on these apps, but despite our best efforts, we were having a hard time scaling. Over the course of that year, we were only able to hire half as many mobile engineers as web engineers. Furthermore, while web engineers saw notable productivity gains, the average mobile engineer’s velocity remained stagnant. As our scaling efforts continued to yield disappointing results into 2018, it became increasingly clear that we needed to increase our rate of growth and speed of iteration on mobile platforms.

A change in strategy was needed, so we decided to take a step back and think about how we build products from a first-principles perspective. At Coinbase, major features are built and maintained by cross-functional teams, typically consisting of 2 backend engineers and 2 frontend engineers for each supported platform (web, iOS, and Android). This structure required a large number of engineers to maintain a single vertical of our product. It also meant that engineers were somewhat siloed from other engineers working on the same platform, making it difficult to coordinate larger, systemic changes.

Thinking from this perspective led us to ask the question: What if we could reduce a healthy feature team from 8 — with each client engineering pair being isolated on a separate platform — to 5 engineers — where multiple client engineers could work across all three platforms.

We hypothesized that this could dramatically reduce our overall staffing requirements, improve our team’s effectiveness, and increase the connectedness of engineers on our client platforms. At the same time, we also believed that gaining efficiency couldn’t be the only goal; any technology change we made also had to deliver improved quality and performance for our customers. This line of thinking led us to start looking at different cross-platform technologies.

At this stage, we already had a well-functioning web engineering platform, which was built on React. After exploring a number of different cross-platform technology platforms, we decided that React Native would be the best choice for us. It leveraged a technology stack we already knew and offered a clear path to even further consolidation across both mobile and web.

Once we had reached alignment with regard to the technology platform, we created a plan to gradually explore it across our product surfaces. We wanted to de-risk the migration by starting with lower-stakes areas, then gradually increase scope and impact as we developed competence and confidence. After a few months of preliminary research, we landed on a 3-part strategy:

With our long-term strategy in place, we got started with the Pro mobile app. After 6 months of building, the Pro mobile app was released in October 2019 and exceeded our expectations. We saw positive business results, built a good understanding of performance challenges (and solutions) on the platform, and began to fully appreciate the step function change in developer productivity possible with React Native. It also showed us that web engineers could become effective React Native developers in a relatively short period of time.

Encouraged by our success with the Pro mobile apps, we started phase 2 — a brownfield rewrite of our onboarding flows. The project started in mid-2019 and shipped 6 months later, once again meeting the goals we set for quality and business metrics. Because the onboarding module was written in React Native, it was able to be shared between the Coinbase and the Pro mobile apps.

While the outcome of the onboarding rewrite was undoubtedly positive, the brownfield approach did have its challenges. For example, each change to the onboarding module would require rebuilding a package with native bindings, then rebuilding native apps using the shared module to manually test. This could be a particularly frustrating process for engineers who only had web or native experience, as iterating on the shared code potentially required an understanding of all three platforms. Furthermore, because developing this way could be even more time-consuming than fully native development, it left some engineers — both web and native — wondering why we were bothering with React Native at all.

If you’ve read Airbnb’s excellent Sunsetting React Native article, these challenges may sound familiar. We spent many hours speaking with engineers from Airbnb and trying to learn from their experiences. We’re grateful to the team for sharing the details of their journey, as the information was invaluable in deciding the best path for Coinbase. One of our key takeaways was that the brownfield approach seemed to be core to many of the challenges they faced. While the idea of incrementally migrating is at first glance appealing — leveraging the benefits of React native for new features without the upfront cost of a full rewrite — it introduces significant technical and cultural migration risk over the long term.

With these observations as a backdrop, and two successful projects under our belt, we had the confidence to move forward with replatforming the primary Coinbase mobile app. We decided that:

Given the velocity we had seen so far with React Native, we estimated that we could execute a full rewrite of our product in 6 months. We also felt that the upside of having a unified platform at the end of that rewrite outweighed the cost in the event that we ultimately decided to scrap the project. We began replatforming the Android app in March 2020 and delivered the fully rewritten Android application almost exactly 6 months later. We rolled out the rewrite as an experiment and measured results, which showed positive impact across the key metrics we targeted.

With a positive result on Android, we then decided to move forward with replatforming the Coinbase iOS app. We spent the next quarter “catching up” on key features the iOS team had built in parallel to the Android rewrite. We then rolled out the new React Native code base to our iOS customers as an experiment and completed that rollout in late January 2021. Similar to Android, we saw positive impact across the key metrics we targeted. With the launch of React Native on iOS, we had completed the full migration of our product to this new technology platform.

In the middle of 2020, we had roughly seven Android engineers and 18 iOS engineers working on the Coinbase mobile apps. As of today Coinbase’s React Native repo has 113 contributors, including a large number of web engineers, who previously would have been unable to contribute on mobile. We’ve also seen positive results with cross-training our native mobile engineering talent, with little attrition as a result of the technology change. Engineers from both iOS and Android backgrounds are now making high-impact contributions.

Our teams have also begun to structure themselves as we anticipated in 2018, with a unified client team that works across three platforms. Currently, these client teams are not fully fungible across web and mobile, but we’re getting there. And we believe that the transition to React Native is only step one in our path to creating a single, unified, client platform for all Coinbase applications.

We’re now down from 3 to 2 application platforms — React Native and React Web — but we’d like to get down to 1.5, and we have an ambitious roadmap in 2021 to do so. We’re building a cross-platform design system, a universal data layer based on GraphQL, and the foundations needed to converge web and mobile tooling. We imagine a world where engineers can ship a feature across our web and mobile apps with minimal context switching, reinvesting the gains in effectiveness in the quality of our apps.

From idea to final rollout on iOS, we spent two years of gradual exploration, experimentation, and execution. We also believe that we are still at the beginning of what we can accomplish with this unified client platform. A condensed timeline of our research and milestones can be seen below:

2018–12: An engineer shares a proposal for Coinbase to explore the possibilities of React Native as a mobile platform

2019–03: Members from the Coinbase team investigate several technical directions for cross-platform and decide to move forward with React Native

2019–10: The Coinbase Pro Mobile app is released to the App Store

2020–03: We begin the full rewrite of our Coinbase Android application

2020–07: All Android and iOS engineers at Coinbase have the option to go through an in-house training program to ramp up on React Native

2020–10: The rewritten Coinbase app launches on Android and Coinbase commits to replatforming the Coinbase.com iOS app

In the coming months, we will be publishing more about our experience replatforming a mobile app that is used by over 56 million users around the world. We will be publishing articles that explore the technical challenges of React Native and the lessons we learned along the way. We hope that our app can be a great reference for anyone considering building products at scale using React Native.

If you’re interested in developing React Native technologies and building an open financial system, consider our open roles and apply for a position.

*This information is based on information available to Coinbase as of the date of this release and is subject to the completion of its quarterly financial closing procedures and review by the Coinbase’s independent registered public accounting firm.

All images provided herein are by Coinbase.

Announcing Coinbase’s successful transition to React Native was originally published in The Coinbase Blog on Medium, where people are continuing the conversation by highlighting and responding to this story.