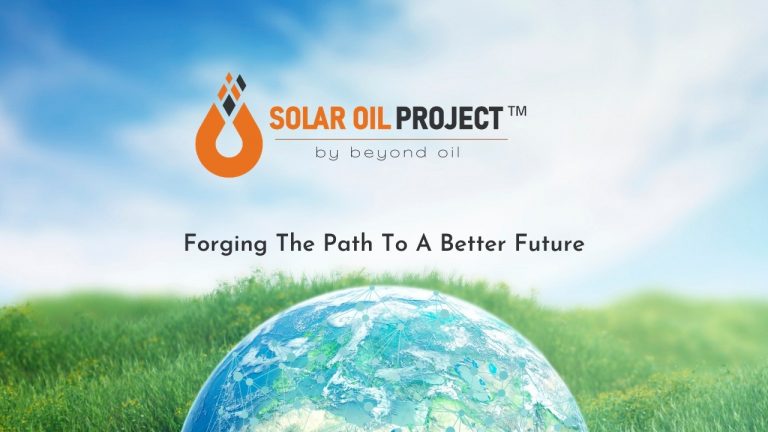 What the Solar Oil Project does differently:

SOP connects Well owners, Consumers, and Equipment providers thereby forming a triangle form of partnership. It achieves this by incorporating the blockchain technology that operates on a peer-to-peer protocol.

See how the Solar Oil Project works behind the scenes: https://solaroil.io/due-diligence

This Key utility token to access SOP, is a stake-able token that is run on Smart-Contract protocol. The wonder token grants the users unlimited viewership of the available Oil Properties on the platform, while the users can decide to stake the token (SOAX) on the available properties. This triggers several activities in the business world. The Well owners and operators can maximize the staked amount to improve on the infrastructure and installing the latest modern oil extraction equipment and tools. The Oil that is produced is afterward credited to the Token holders who staked on the project or property.

What Happens With SOAX Token?

The token can be purchased on the platform’s website via multiple payment options including other cryptocurrencies, tokens, and fiat options. Being a non-speculative utility token, it has a fixed value of $0.10 and only functions as the mechanism to allow participation in the oil well rehabilitation and subsequent oil production.

Oil produced from these sites is then tokenized and rewarded to users in proportion of their SOAX token holdings. Solar Oil Production Token (SOPX) represents the oil from the staked properties, whose value is linked to the Crude Oil Prices Globally and set at 60% of the WTI Crude Oil Price. If WTI retails at $50, the price of SOPX is $30. However, this is based on the redemption price that is offered by SOP and not the price within various exchanges. A barrel that is extracted from the SOP contracted properties, is equated to 1 SOPX.

The difference between the SOAX, and SOPX, is that whereas, SOAX can only be purchased from SOP, SOPX token may eventually be offered or traded on various open exchanges thereby becoming The Only Open Decentralized Token that is backed by actual commodity production.

How Smart Contract Comes in

The smart contract checks each portfolio daily to assess the amount produced. The proceeds are then fed to the SOP network for validation. The expected oil production is measured with a metric called ‘BPM’ or ‘Barrels per Million SOAX Tokens’, while its value ranges between 1.5 to 3.5 BPM. This means for every 1,000,000 SOAX staked in the platform, the project expects to produce 1.5 to 3.5 barrels of oil per day. However, the amount is not constant and fluctuates often depending on various factors. The good thing is that the entire process is automated and requires no human intervention. For each barrel, 1 SOPX is created and credited to the stakeholder’s account in proportion to the individual staked amount.

Token holders can sell or hold SOPX Token at the prevailing price and receive BTC or ETH Equivalent. After being sold this way, the tokens are either destroyed or burned to beat market inflation, manipulation, and saturation.

That is how SOP intends to solve the challenges related to oil extraction and production by making sure that every participant gains.

For more Information about SOP, get in touch via https://solaroil.io

Led by Chief Strategy Officer Hitesh Juneja, aims to transition the energy sector from fossil fuels to more sustainable green energy overtime in a manner that is practical, and does not cause the economic or ecological harm that sudden and forced changes might cause.