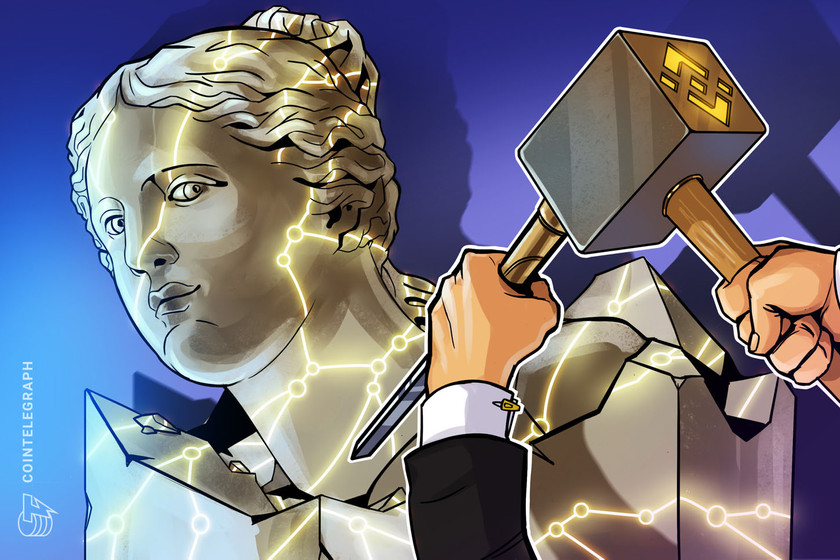 Following bans in Japan, the U.K. and Ontario, Binance is ramping up its compliance efforts with a specialized tool developed by crypto intelligence firm CipherTrace.

Binance, the world’s top-ranked crypto exchange by daily trading volume, has faced a quick succession of bans on its operations in three different jurisdictions: Ontario, Canada; Japan; and the United Kingdom. While affected users continue to adjust to these quickfire developments, the platform appears to be stepping up its efforts to comply with international regulatory requirements — specifically, the industry-shaping so-called “Travel Rule.”

The Travel Rule, introduced by the Financial Action Task Force (FATF), requires regulators and virtual asset providers (VASPs) — including crypto exchanges, custody providers and over-the-counter trading desks — to gather and share customer data during transactions. The rule came into effect in 2020 and broadly parallels the requirements already in place for money transmitters in countries like the United States, where money transmitters are required to record identifying information of all parties engaged in fund transfers made between financial institutions.

However, adherence to the rule has been complicated for many crypto exchanges worldwide due to the discrepancies between various countries’ particular transpositions of the FATF’s framework. For this reason, Binance — following in the steps of other VASPs — is choosing to implement a specialized tool developed by crypto intelligence firm CipherTrace that has been adapted to tackle some of the challenges that VASPs are faced with.

Dubbed “Traveler” — named after the rule it has been designed to address — the tool continues CipherTrace’s longer-term work on an open-source Travel Rule Information Architecture — and is designed to handle the counterparty VASP due diligence demanded by the FATF. The company’s CEO, Dave Jevans, said that CipherTrace is “confident that Traveler will help Binance to continue to meet the highest standards for global Anti-Money Laundering compliance, particularly as regulation of VASPs tightens in jurisdictions around the world.” He added that the solution aims to enable AML compliance “without compromising security or operational continuity.”

Traveler aims to simplify the process by which VASPs vet transactions, automatically identifying VASP-to-VASP transfers along with the recipient VASP. The tool is designed to ensure that sensitive, personal and identifiable information associated with confirmed crypto transactions remains confidential and is only shared between institutions that are compliant with the Travel Rule themselves. Using an encrypted, mutually authenticated infrastructure, Traveler also issues Know Your Customer VASP digital certificates and automates the onboarding and vetting of new counterparty VASPs, including those in jurisdictions that have not yet implemented the required information sharing regulations.

As reported, the first regulatory action targeting Binance’s operations this month was imposed on June 25 in Japan, where the Financial Services Agency issued a warning to the exchange, accusing the company of offering its services to Japanese users without the necessary registration. On the same day, Binance announced that it would cease providing services to users located in Ontario, where the province’s regulator has been extremely proactive in scrutinizing and taking action against crypto firms for their operations.

Soon after these developments, the U.K.’s Financial Conduct Authority ordered Binance to cease all regulated activities in the country. Binance’s U.K. customers are currently unable to use the popular fiat on-ramp service Faster Payments to withdraw British pounds from the platform.