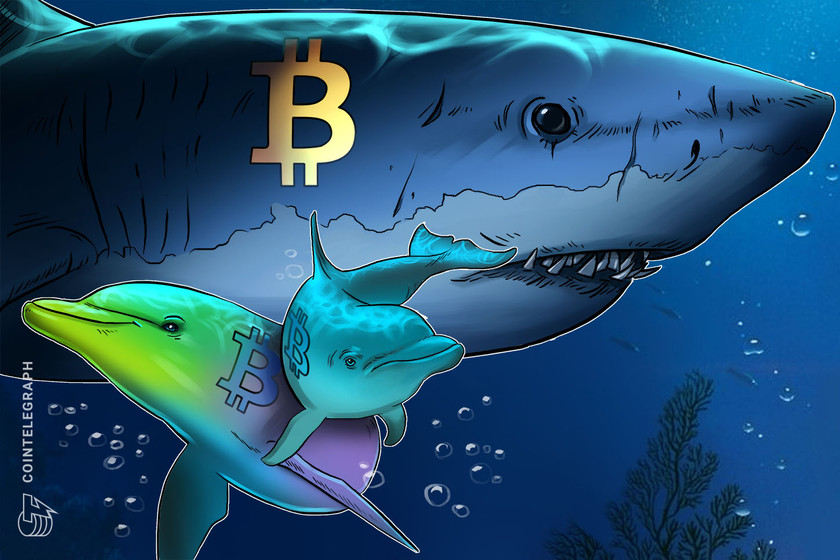 Long-term Bitcoin holders remain unfazed by the recent sell-off, but there is still one alarming sign.

A recent run-down in Bitcoin’s (BTC) price from about $65,000 to as low as $30,000 did not force long-term holders into selling, Glassnode data shows.

The on-chain analytics platform revealed a spike in Bitcoin reserves held in wallets with lower unspent output just as BTC/USD’s bids were crashing.

Meanwhile, the data also shows a Bitcoin collecting spree among miners — the entities that produce and supply newly minted cryptocurrencies for retail markets. As a result, the active BTC supply started declining in recent sessions.

Short-term Bitcoin holders — the entities that hold the flagship cryptocurrency for less than a week after accumulating it — were the biggest sellers during the BTC/USD rate decline. Glassnode data suggested that newer market entrants panic-sold BTC during the May downturn, a month during which BTC lost 38% from its all-time high price.

Bitcoin price volatility, meanwhile, continues to exploit short-term traders with double-digit percentage up/down moves. The 24-hour Bitcoin Volatility Index on TradingView settled around 19.70 on May 20 after bottoming out at 1.90 on April 2 — that marked a 936% climb during the period, wherein BTC/USD rose to hit an all-time high near $65,000 and corrected lower to reach $30,000.

Elevated price fluctuations served as a signal that investors remained fearful or uncertain about Bitcoin’s next market bias. The intraday candles in the chart above showed persistent higher volatility — the one on Sunday closed 34% lower than the previous session. But overall, the trend appeared on its way to the downside.

Except, there is one catch

“The current degree of net unrealized PnL held by LTHs tests the 0.75 level, which has been the make or break level between past bull and bear cycles,” wrote Glassnode analysts.

“Only in the 2013 ‘double pump’ scenario did this metric see a recovery. Should LTHs continue to see their paper gains fall, this too may create a new source of overhead supply. On the other hand, higher prices and a supply squeeze from buying the dip would begin to resemble the ‘double pump’ scenario from 2013.”

The only factor that separates the current Bitcoin holding scenario from the previous ones is the United States’ trillion-dollar deficits. The world’s largest economy has returned to its highest debt-to-GDP ratio since World War II. And on Friday, President Joe Biden announced another $6-trillion spending plan for 2022.

One of the biggest fears in the market is that increased government spending would lead to a dramatic rise in inflation.

Demand for Bitcoin has surged among institutional investors for its anti-inflation narrative. Supporters note that there can only be 21 million BTC tokens in supply, making it an ideal store of value against an infinitely printable U.S. dollar.

Corporates including Tesla, Square, MicroStrategy and Ruffer Investments have added Bitcoin to their balance sheets as an alternative to cash. Billionaire investors, including Stan Druckenmiller, Paul Tudor Jones and Mike Novogratz have also allocated a considerable portion of their investment portfolio to Bitcoin.

“Bitcoin was made for this moment,” noted Dan Held, director of growth marketing at Kraken. “We’re in the biggest money printing operation ever in human history, and Bitcoin is the only way out.”