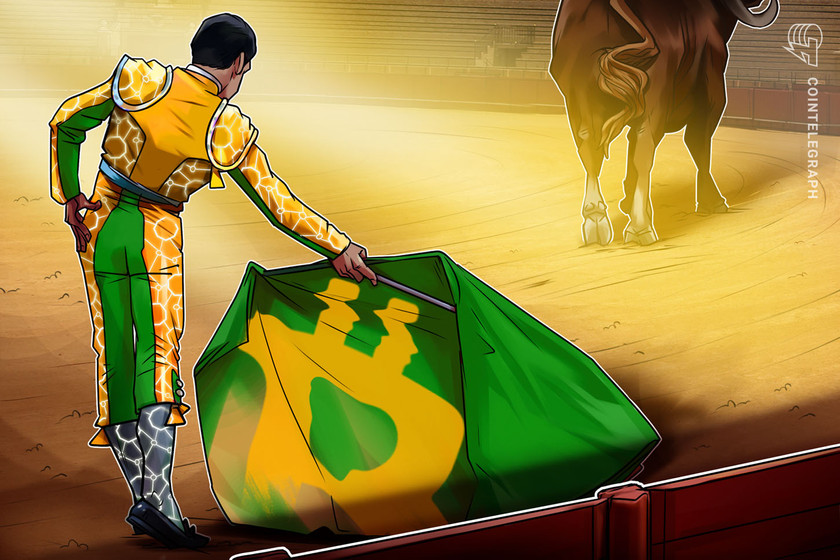 Bitcoin bulls attempt to chip away at the $60,000 resistance level as rising U.S. Treasury yields continue to cause havoc in global financial markets.

Bitcoin (BTC) continued to face strong resistance at the $60,000 level on March 19 as bulls spent the day climbing back from an early morning drop which briefly pushed BTC into the sub-$56,500 range.

Data from Cointelegraph Markets and TradingView shows that after being rejected at the $60,000 level on March 18, the price of Bitcoin hit a low of $56,268 in the early hours on Friday before dip buyers returned to help lift the price back above $58,500.

Key Bitcoin price metrics show that despite the struggles faced in order to breakout past $60,000, top-traders are growing increasingly bullish as evidenced by an uptick in leveraged long positions over the past week as the BTC trading range grew tighter.

Global signs of adoption continue to emerge as the first Bitcoin ETF in Latin America was approved in Brazil, making it the fourth ETF to be approved in the western hemisphere following three recently launched ETFs in Canada.

Bulls look to flip $60,000 from resistance to support

Chad Steinglass, head of trading at crypto capital markets firm CrossTower recently discussed the pressures Bitcoin faced at the $60,000 level and pointed out that the top cryptocurrency has faced “at least some resistance at every round number on the way up,” and that once a resistance level is surpassed, it then becomes support.

According to Steinglass, “it will take a bit of chipping away to break through $60,000 with any kind of authority,” but the recent strength displayed by Bitcoin “in the face of stiff macro headwinds” indicates no reason for the bullish momentum to stop.

Steinglass identified the $57,000 to $58,000 range as the new support level which should hold “as long as some unexpected event doesn’t derail it,” such as new lockdown measures or a significant move in US Treasuries.

“The relationship between the dollar and treasuries has flipped 180 degrees as the story has quickly become risk-off and flight to quality instead of growth and inflation, so treasuries and dollar are both ticking higher as all risk assets are selling off.”

Rising interest rates for U.S. Treasuries continue to put pressure on the global financial markets which ended Friday’s trading session mixed as traders begin to worry about the possibility of a rapid rise in inflation hindering the economic recovery and causing a “near-term shift in the Federal Reserve’s ultra-accommodative monetary policy.”

The S&P 500 and Dow were unable to overcome early pressures in the market and closed the day down 0.06% and 0.71% respectively while the NASDAQ displayed early strength against the downturn and managed to close the day up 0.76%.

The top altcoin Ether (ETH) continues to face resistance above $1,800 with data indicating that bulls may wait until the $1.15 billion worth of ETH options expire on March 26 for them to put on a new show of force.