Cryptocurrency exchange Binance has explained its dogecoin issue which resulted in withdrawal suspension and Tesla CEO Elon Musk calling the problem “shady.” The exchange says it was a “rare issue” and no one was at fault. Binance’s ‘Rare’ Dogecoin Issue, Withdrawals Resumed Binance explained its dogecoin problem Monday, stating: What began as a fairly straightforward […]
Read more

A decentralized finance (DeFi) protocol built on Ethereum is getting a boost from the world’s largest crypto exchange by trading volume. In a new announcement, Binance reveals it is introducing Alchemix (ALCX) for trading on the popular platform. “Fellow Binancians, Binance will list Alchemix (ALCX) and will open trading for ALCX/BTC, ALCX/BUSD, and ALCX/USDT trading pairs […] 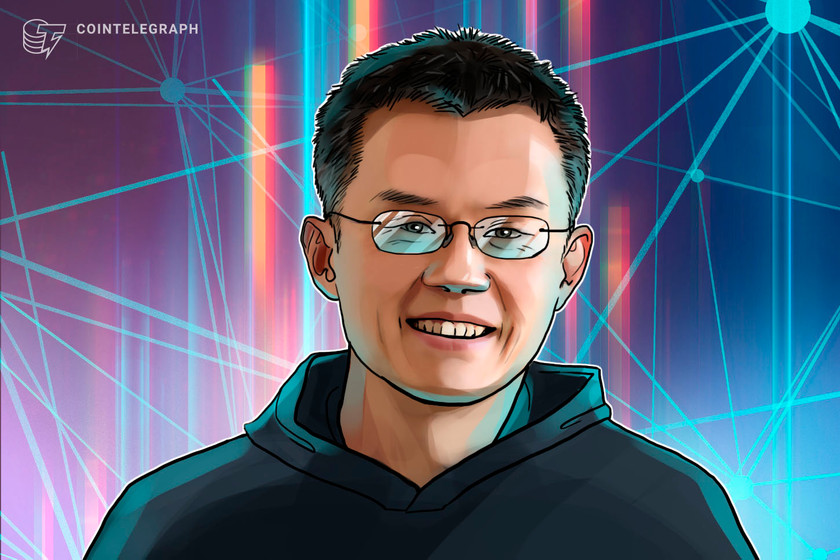 The number of users plays a critical role for a token to get listed on Binance, Changpeng Zhao said in an interview.

The CEO of Binance, the world’s largest cryptocurrency exchange by volume, has disclosed some information on how to get listed on the trading platform.

The most important criteria for listing a cryptocurrency on Binance is the number of users, CEO Changpeng Zhao said in a Forbes interview on Nov. 29.

CZ went on to say that there are many other factors like the number of active addresses on blockchain, social media audience and code commits. However, the number of users is “the key metric,” he said:

According to Binance’s listing tips from its CEO, the number of users is just one of many factors for listing a token on the crypto exchange. “If you have a large number of users, your product has value. That’s the easiest to measure. Do include the user statistics in the application form. It will help significantly,” the CEO’s statement on Binance listings reads.

According to Sergei Khitrov, founder of crypto listing-focused platform Listing.Help, major crypto exchanges like Binance don’t need to list minor tokens as they earn mainly from trading volumes rather than listings.

“This is one of the main problems that many projects do not understand. They should start with building a community. And that means no 500 or 10,000 people in a Telegram channel, but a much larger audience,” Khitrov told Cointelegraph. He added that token creators are recommended to start from smaller exchanges.

At the time of writing, Binance exchange supports a total of 346 cryptocurrencies, including major cryptocurrencies like Bitcoin (BTC) and Ether (ETH), as well as popular meme tokens like Dogecoin (DOGE) and Shiba Inu (SHIB), according to data from CoinGecko. Binance’s daily trading volume is estimated at $28 billion.

Some major centralized exchanges (CEX) have more tokens listed than Binance does, with Bittrex listing over 450 cryptocurrencies at the time of writing.

As opposed to a CEX, decentralized exchanges (DEX) are the world’s biggest platforms in terms of the number of listed cryptocurrencies as DEXes like PancakeSwap do not require contacting an exchange or asking permission. As such, PancakeSwap, a DEX running on the Binance Smart Chain, has over 3,200 listed tokens, while Uniswap lists over 1,800 cryptocurrencies.

Last month, PancakeSwap listed the Squid Game (SQUID) token, a cryptocurrency scam inspired by the eponymous Netflix show, which posted over 45,000% growth in a few days after launch. The token is listed on Binance-owned crypto website CoinMarketCap, while competitors like CoinGecko retracted from listing SQUID due to being “most likely a scam.” 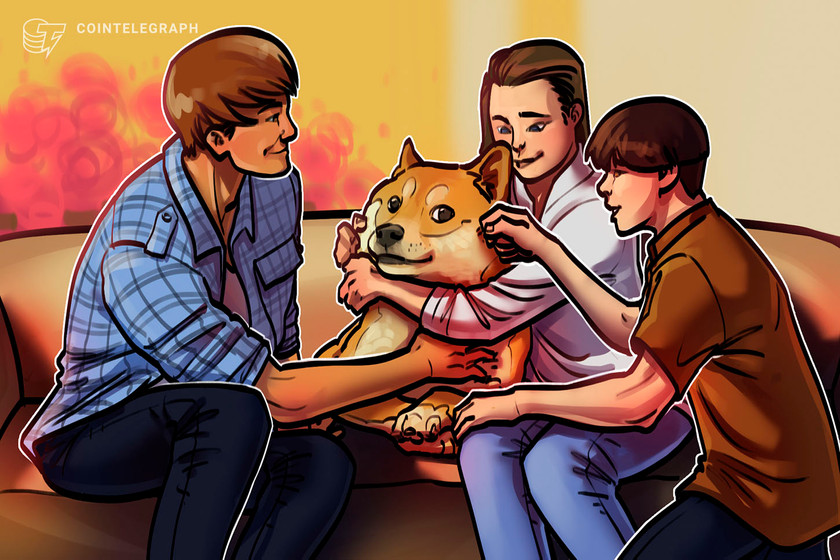 Binance users were unable to withdraw Dogecoin due to a “combination of unlikely factors,” the exchange said.

The exchange officially announced on Monday that it had restarted DOGE withdrawals after experiencing a major issue where Binance users were unable to withdraw Dogecoin for 17 days.

Additionally, 1,634 users on Binance were sent old transactions due to a conflict of several DOGE wallet versions. This happened due to a “combination of unlikely factors” and ultimately affected only Binance. The exchange wrote:

“Unfortunately for Binance, we had inadvertently threaded the needle with all of the above parameters, which led to the coins being re-sent and requiring a new wallet needed to be built,” the announcement reads.

Binance emphasized that “no single entity was at fault” as neither Binance nor the DOGE Network had prior knowledge of the issue.

The fix came after Tesla CEO Elon Musk brought up the issue on Twitter on Tuesday, arguing that Binance’s DOGE withdrawals problem was “shady.” Binance CEO Changpeng Zhao stated right away that the problem was related to the latest DOGE wallet upgrade.

Appreciate it. I over reacted a bit due to the word “shady”. The KYC part is tedious, and we can’t service US users. You could try https://t.co/hSHrrlWIfF though. Still a tedious sign up process, but have #Doge. We are working with their team to fix the issue ASAP.

Dogecoin is a meme-based cryptocurrency that has been increasingly popular since Musk started actively promoting DOGE on Twitter in 2020. At the time of writing, DOGE is the 10th-largest cryptocurrency with a market capitalization of $27 billion. The price of DOGE has tumbled recently, with Dogecoin dropping more than 22% over the past 14 days, according to CoinGecko.

The CEO of cryptocurrency exchange Binance says that he and Berkshire Hathaway CEO Warren Buffett share a similar investment strategy. However, he said he would not convince the Oracle of Omaha to invest in cryptocurrency. “I get worried if he uses crypto. He may not have the necessary skills or the knowledge on how to […]
Read more

A popular crypto analyst is detailing a set of new predictions for two large-cap crypto assets. The trader, pseudonymously known as Smart Contracter, tells his 184,000 Twitter followers that Binance Coin (BNB) will likely hit a new all-time high (ATH) well before Bitcoin (BTC) surges above its current record high of $69,044. “BNB [is] going […] U.S. Senator Sherrod Brown has sent letters to cryptocurrency exchanges and stablecoin issuers, including Coinbase, Gemini, Binance, and Tether, asking how they are protecting consumers and investors. “I have significant concerns with the non-standardized terms applicable to redemption of particular stablecoins,” the senator said. US Senator Raises Concerns Regarding Stablecoins U.S. Senator Sherrod Brown (D-Ohio), […]
Read more

Elon Musk has grabbed Binance CEO Changpeng Zhao’s attention on Twitter as Dogecoin (DOGE) holders face withdrawal issues on the world’s largest exchange. Binance suspended the withdrawal of DOGE on its platform on November 11th due to an issue caused by an upgrade. The exchange says it is suspending withdrawal transactions for up to 14 […]

Russians transact $5B in crypto each year, Bank of Russia says 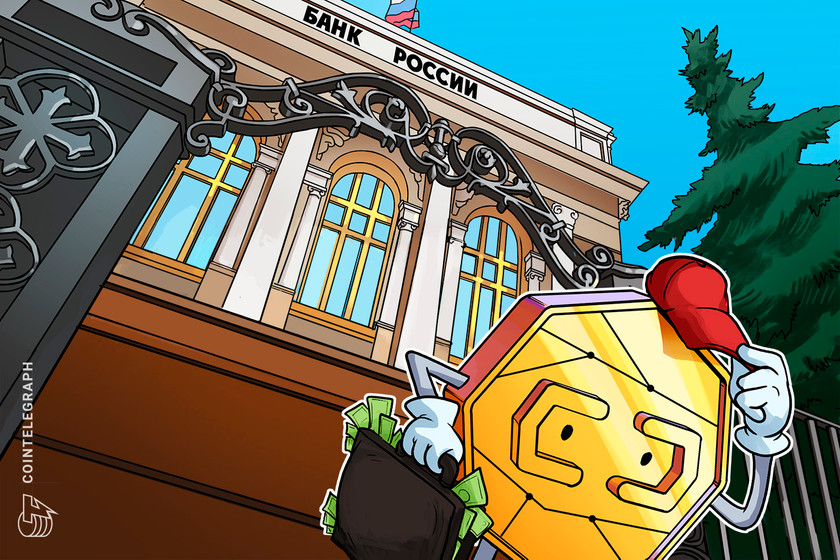 Though Russia has become a global leader in the crypto market, the Bank of Russia is still skeptical about Bitcoin.

Russian people are among the world’s most active participants of the cryptocurrency market, according to the country’s central bank.

The Bank of Russia published a fresh review on financial stability on Thursday, pointing out the country’s growing role in the $2.8 trillion market.

Citing estimations reported by major local banks in July 2021, the Bank of Russia suggested that the total annual volumes of crypto transactions of the Russian population amount to 350 billion rubles, or $5 billion.

It is unclear whether the Bank of Russia has converted these estimations as the price of Bitcoin (BTC) has almost doubled since July, surging from around $30,000 to over $60,000 in November.

In the report, the Bank of Russia also noted that the Russian Federation is among global leaders in terms of visits to the Binance cryptocurrency exchange. According to data from the digital intelligence provider SimilarWeb, Russia is the second bigg in terms of total traffic on Binance after Turkey.

The Russian central bank also noted that Russia is one of the world’s largest Bitcoin mining countries, ranking third in terms of national hash rates, according to Cambridge Bitcoin Electricity Consumption Index as of August 2021.

Despite admitting Russia’s leading position in the global cryptocurrency market, the Bank of Russia still outlined major risks associated with the industry, including those associated with financial stability, investor protection, money laundering and criminal financing as well as ESG risks.

The central bank did not suggest any immediate measures to address these risks but said that it would be closely monitoring the market to identify potential threats:

The Bank of Russia has taken a hard stance on cryptocurrencies, with governor Elvira Nabiullina arguing that responsible governments should not drive crypto adoption. The central bank is known for not allowing local banks to deal with crypto and promoting the use of its own digital currency instead. This has led to a situation where no Russian crypto exchange can now offer its services legally.

Tesla and Spacex CEO Elon Musk has raised concerns with cryptocurrency exchange Binance about its dogecoin issue. Musk calls the situation “shady,” adding that “DOGE holders using Binance should be protected from errors that are not their fault.” Both Binance CEO Changpeng Zhao and the official Twitter account for the crypto exchange responded. Elon Musk […]
Read more