MiamiCoin has now raised $24.7 million… but who will benefit? 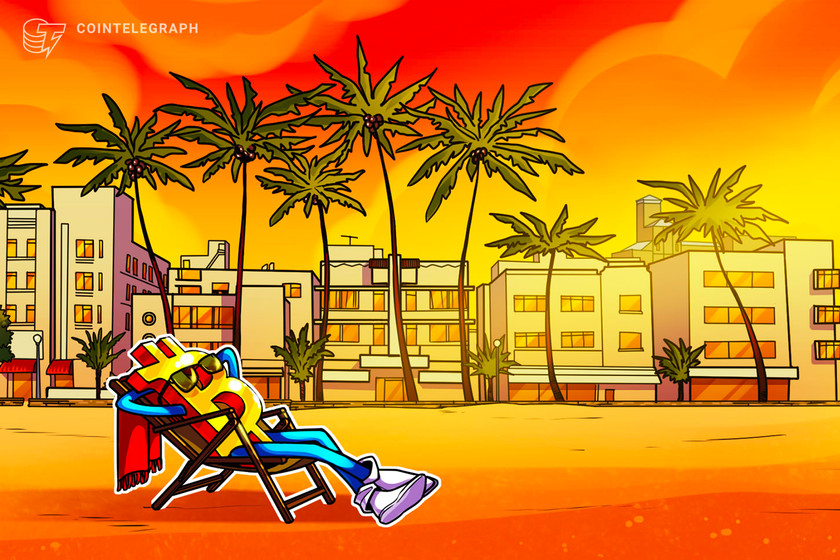 CityCoins presented an overview of MiamiCoin technology on the third day of The North American Bitcoin Conference in Miami, Florida.

Recently, Cointelegraph spoke to Miami Mayor Francis Suarez following the announcement that Miami residents with a digital wallet can earn a Bitcoin dividend.

The company that sets up the infrastructure to get Bitcoin dividends into the hands of citizens is CityCoins, an open-source protocol that provides fundraising mechanisms for cities.

Miami and New York City are the two inaugural cities to begin fundraising, via MiamiCoin and NYCCoin r. However, neither Miami nor New York City actually own MiamiCoin (MIA) or NYCCoin, instead their treasury wallets are full of Stacks (STX).

According to a presentation given at the North American Bitcoin Conference 2022 in Miami, by CityCoins Community Lead Andre Serrano, MiamiCoin has raised $24.7 million worth of STX, while NYCCoin has raised $30.8 million that's held in its city treasury.

In order for residents to acquire CityCoins, they must first purchase STX on an exchange like Okcoin or Binance. On Tuesday, Coinbase had planned to list STX for trading, but delayed the launch until further notice.

We are delaying the launch of trading on STX as we work to enable memo tag support for STX withdrawals on @Coinbase & @CoinbaseExch. You can still withdraw STX to any STX wallet address that does not require memo tags. We will provide updates here & on https://t.co/NeRujHDZ4w https://t.co/bmlZBv7DAa

Stacks is the blockchain that seeks to make Bitcoin (BTC) programmable. CityCoins are fungible tokens built on the Stacks blockchain, and one CityCoins token contract is deployed per city. Serrano said:

“CityCoins have the potential to transform how people interact with their cities by aligning the incentives between local governments and city residents."

He added that CityCoins can "unlock a city’s cultural value while providing new opportunities for creators,” comparing how Los Angeles is known for Hollywood, to Miami's potential to be known as the crypto capital of the U.S. if MiamiCoin succeeds.

At a high level, it's the community that mines to create CityCoins. Mining CityCoins is performed by forwarding STX tokens into the smart contract in a given Stacks block. Miners are then rewarded with new CityCoins tokens. There is no hard cap on CityCoins, unlike Bitcoin.

According to Serrano, CityCoins gives a city a business model by offering incentives to its citizens to earn passive income: 30% of mining awards get sent to the city's custodial reserve wallet, while 70% of mining rewards are distributed to people who choose to stake their CityCoins.

He explained that the more valuable MiamiCoin becomes, the more miners are willing to mine it, which increases the amount of STX blocks they are willing to contribute. As a rather indirect result, the funds in the treasury grow, and because Stacks yield Bitcoin, those proceeds of MiamiCoin mining can then be distributed as dividends to coin holders.

CityCoins are programmable, meaning that smart contracts can be developed around CityCoins tokens. Serrano offered some real world use cases that include giving residents discounts for using public transportation or shopping locally, or even the ability to pay for NFTs. Tokens could also potentially be used create local registries and property deeds.

How funds will be allocated in Miami is yet to be determined. Serrano suggested, however, that a priority for the city is to improve the public education system. Once the city decides to claim and convert STX to USD to fund a public project, then residents might start to receive BTC dividends.

In order to receive public feedback about how Miami should spend their funds, MiamiCoin hosts an app called MiamiVoice that allows residents to propose ideas and vote on them.

Rio De Janeiro to Invest 1% of Its Treasury in Cryptocurrency

Rio de Janeiro, one of the largest cities in Brazil, will invest part of its Treasury in cryptocurrencies. The announcement was made by the mayor of Rio, Eduardo Paes, during Rio Innovation Week. The plan is to turn the city into a cryptocurrency-friendly hub, and there are other tax incentives that will also be put […]
Read more

Brazilian mayor to reportedly invest 1% of city reserves in Bitcoin 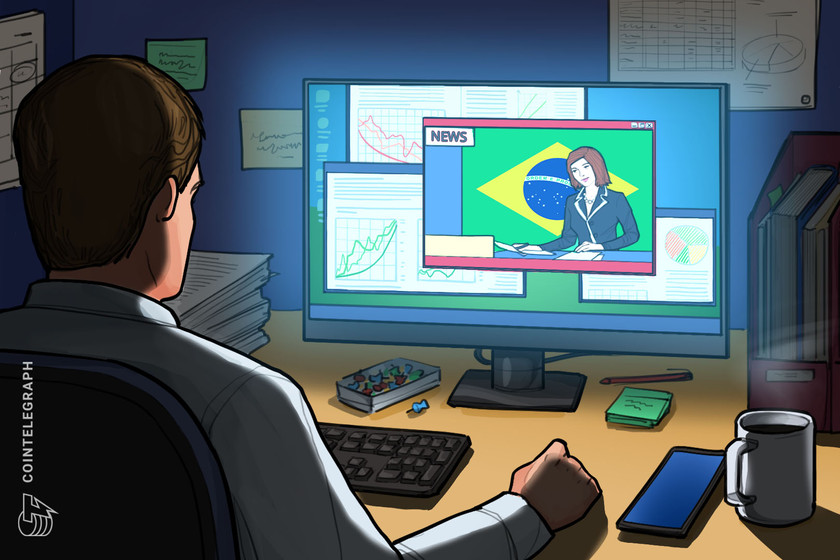 Paes reportedly announced plans for “Crypto Rio,” or turning the city into a cryptocurrency hub during Rio Innovation Week on Thursday, according to a report by local news agency O Globo.

The mayor spoke about Rio’s cryptocurrency-related ambitions in a panel with Miami mayor and Bitcoin bull Francis Suarez, who started accepting his paychecks in BTC in November 2021.

“We are going to launch Crypto Rio and invest 1% of the treasury in cryptocurrency. The government has a role to play,” Paes reportedly said, adding that the state is also planning to introduce tax exemptions for the industry.

The panel also included major Brazilian officials like city finance secretary Pedro Paulo, who noted that the administration is considering a 10% discount on property tax in Brazil on payments with Bitcoin. “Let's study the legal framework to do this,” he said.

The news comes amid the Brazilian government increasingly warming its stance on Bitcoin and the cryptocurrency industry, with federal deputy Luizão Goulart proposing a bill to legalize crypto as a payment method for public and private sector workers in November. In December, MercadoPago, a major crypto payment firm in Brazil, enabled Brazilian residents to buy, sell and hold major cryptocurrencies like BTC and Ether (ETH).

Florida Governor Ron DeSantis is including provisions to promote the use of blockchain and crypto assets into the Sunshine State’s latest budget proposal. DeSantis recently proposed the Freedom First Budget for fiscal year 2022-2023, which includes $700,000 in programs aimed at creating a “crypto-friendly” state. The budget includes three programs involving digital assets. One of […] 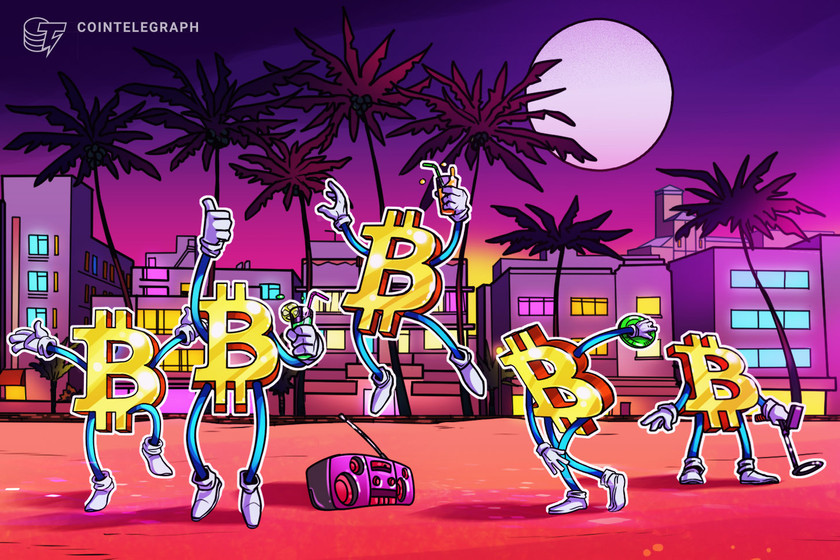 Miami Mayor Francis Suarez also receives a part of his salary in Bitcoin with the help of a third-party payment processor Strike.

The long-standing mayor of Miami Francis Suarez has now announced plans to take a part of his 401(k) payout in Bitcoin (BTC) just a month after he started receiving salary in BTC.

Soon after becoming the first United States lawmaker to accept a part of his salary in Bitcoin, Suarez wants to dedicate a part of his retirement savings to Bitcoin based on “a personal choice,” he said in an interview with Real Vision:

“I just think it is a good asset to be invested in. I think it’s one that’s obviously going to appreciate over time. It’s one that I believe in.”

Suarez highlighted that Bitcoin’s success is tightly tied to the confidence in the system, which is inherently an “open-source, un-manipulatable system”. The mayor revealed that he has started receiving salary payments in Bitcoin through the help of a third-party payment processor Strike.

The mayor also shared that the city government accepts fee payment in Bitcoin from Miami residents. While the Mayor explores the various options for enabling the Bitcoin payments for retirement savings, Suarez is certain to establish a relevant system by 2022.

Thank you Governor DeSantis for following Miami’s lead and welcoming crypto innovation and companies into Florida!

Now it’s your chance to take the lead as Governor and take your next paycheck in Bitcoin… @RonDeSantisFL you in? https://t.co/Zppp8DCiMe

Related: Miami will hand out free Bitcoin to residents from profits on city coin

In an effort to further drive Miami’s Bitcoin adoption drive, Mayor Suarez announced on Nov. 12 to give Bitcoin yield as a dividend directly to every eligible Miami resident.

As Cointelegraph reported, the city of Miami will divide and distribute the BTC yields to residents earned by staking its in-house cryptocurrency, MiamiCoin, which was initially launched by Citycoins to fund municipal projects by generating yield. In a bid to transform the city into a major cryptocurrency hub, Suarez said:

“We’re going to create digital wallets for our residents. And we’re going to give them Bitcoin directly from the yield of MiamiCoin.” The Republican governor announced the idea as part of his 2022–2023 budget proposal, released on Dec. 9.

“Florida encourages cryptocurrency as a means of commerce and furthering Florida’s attractiveness to businesses and economic growth,” the document reads.

The overall $700,000 proposal is dedicated to enable a crypto-friendly Florida, the budget proposal reads.

Florida has been steadily emerging as a major cryptocurrency-friendly jurisdiction in the United States as one of its major cities, Miami, is being actively promoted as the “world's Bitcoin and crypto capital.”

Last month, Miami Mayor Francis Suarez announced that he aimed to be the first U.S. lawmaker to accept part of his paycheck in Bitcoin. The official reportedly owns both BTC and Ether (ETH).

In September, Miami’s city commissioners voted to accept funds generated by the new MiamiCoin cryptocurrency, which was launched by the smart contracts protocol CityCoins in August. Having generated more than $21 million in yields as of mid-November, MiamiCoin will be available to all Miami residents in the form of a Bitcoin dividend, according to the city mayor.

A Week in the Metaverse: Miami Art Week 2021 Reviewed

The Kleiman v. Wright trial has come to a conclusion and Craig Wright and his defense team has won on all claims except one count of conversion. According to a court reporter, Craig Wright, the man who claims to be Satoshi Nakamoto, said he was “incredibly relieved.” Craig Wright’s Defense Wins on All Claims Except […]
Read more

Jurors in the Kleiman v. Wright trial are currently unable to come to a decision on the high-profile billion-dollar bitcoin lawsuit in Florida. While the judge has told the jury to take time deliberating the case, on Wednesday, the jurors issued a statement that explained they could not “come to a conclusion.” Kleiman v. Wright […]
Read more

On Tuesday, November 23, the closing arguments for both sides of the Kleiman v. Wright trial finished and now ten jurors will decide the fate of the billion-dollar bitcoin lawsuit. While Craig Wright claims he’s Satoshi Nakamoto, he also insists the now-deceased Dave Kleiman did not help with the creation of Bitcoin. The plaintiffs are […]
Read more