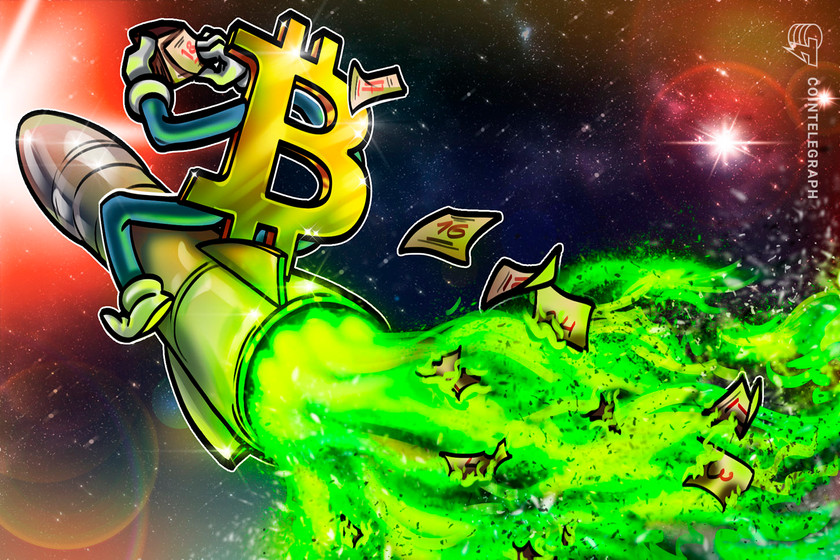 Despite a massive drawdown in May, the Bitcoin (BTC) bull market appears to be intact, with a $100,000 price target more likely than a retrace to $20,000, according to Mike McGlone, Bloomberg’s senior commodity strategist.

The June 2021 edition of the Bloomberg Galaxy Crypto Index report described Bitcoin as ‘stronger, greener and less extended’ than during the height of the rally in April. For that reason, the flagship digital currency is more likely to reach the coveted six-figure mark this year than incur a deeper correction back down to 2017 highs.

McGlone cited an overextended rally, Chinese restrictions and unwarranted focus on Bitcoin’s energy use as the primary catalysts for the May correction, which included a more than 50% drawdown peak-to-trough.

“Toward the end of 2020, Bitcoin’s history suggested the crypto would move sharply higher in 2021, and we see improving supports for this.”

“In 2020, 260-day volatility dropped to its lowest ever vs. most major asset classes, notably the S&P 500. Add last year’s supply cut, the migration to institutional portfolios, Ethereum futures and the launch of ETFs in Canada and Europe, and we see greater potential for Bitcoin to head toward $100,000 than sustain below $20,000.”

Still, analysts are divided about BTC’s trajectory in the short-to-intermediate timeframes. Several theorists are forecasting a re-test of the 2017 high, with at least one classic indicator predicting a bottom of around $16,000. Others, such on-chain analyst Willy Woo, say the BTC bottom is likely in thanks to improving network fundamentals and higher adoption rates.

Veteran trader Peter Brandt has speculated that the worst of the BTC price correction may not be over, but told his Twitter followers it’s not wise to bail if they’re holding spot positions:

Why would someone bail out of non-leveraged longs when the market already had 80% of worst case drop?

Cycle theorist Bob Loukas believes there’s a good chance that the BTC price bottomed last month, but did warn of an intermediate downtrend over the next 60 d. “Intermediate trend is now down,” Loukas tweeted May 27, “But secular bull trend providing counter balance.”

Nevertheless, he acknowledged the potential for downside risk exposing the $20,000 handle, noting the difficulty of trading without a clear trend in place.

Still looking at chopping 60day cycle #bitcoin. Difficult to trade for most. Everyone with off the map price predictions confirms. Mostly observing personally for now (trades).

There is downside risk to $20k (trend is down) so a have plan just in case.https://t.co/13vdALGfSX