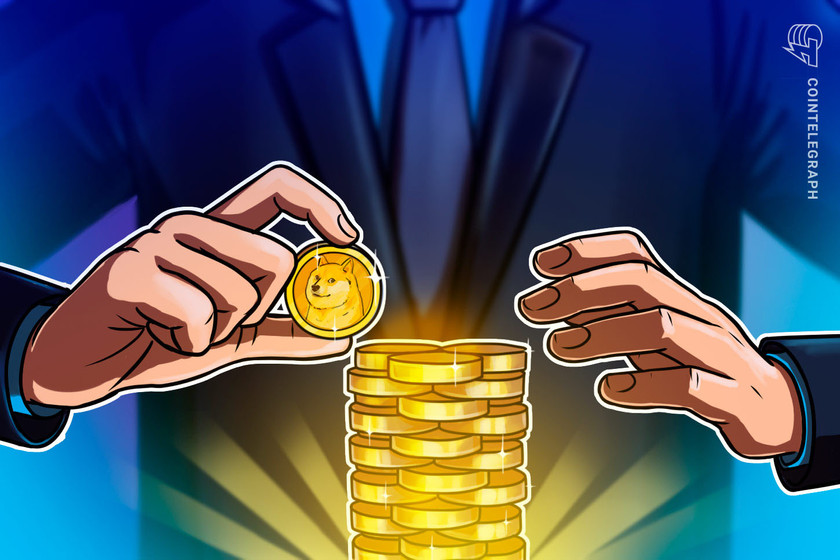 Dog-themed tokens see an abrupt end to their rallies as Vitalik Buterin liquidates the positions he was gifted and donates the proceeds to charity.

The dog-themed race up the cryptocurrency charts came to an abrupt halt on May 12 as a majority of the previously hot meme tokens including Shiba Inu (SHIB) and Dogelon Mars (ELON) saw their prices drop more than 40% with Ethereum (ETH) co-founder Vitalik Buterin emerging as the main culprit behind the selloff.

Data from Cointelegraph Markets and TradingView shows that the price of SHIB has fallen 40% and now trades near $0.00002 while the price of Akita Inu (AKITA) has declined 50% and ELON has collapsed by 90%.

A number of observant crypto pundits noticed large movements coming from the wallet of Buterin in the early trading hours on Wednesday, with one of the most significant developments coming when the Ethereum network co-founder removed the liquidity from the SHIB liquidity pool on Uniswap and began selling tokens.

As the morning progressed, wallets owned by Buterin were observed making numerous swaps and token transfers that resulted in price dumps for the canine-themed pack and also led to a spike in fees on the Ethereum Network as traders scrambled to lock in profits.

While some of the traders who recently piled into the tokens are likely salty about Buterin’s choice to sell, the wider crypto community applauded the move as the recent hype surrounding the dog-themed coins has driven up transaction costs on the Etheruem network this week.

Buterin is also likely to face less backlash from the sales due to the fact that instead of an anonymous developer rug pull that crypto is known for, funds from the meme token sales have been donated to various charities including Gitcoin, Give Well and India Covid relief fund.

0
0   0
previous Cointelegraph Consulting: Aave’s avenue to over $11 billion in TVL
next IRS will seize your crypto if you can't pay back taxes