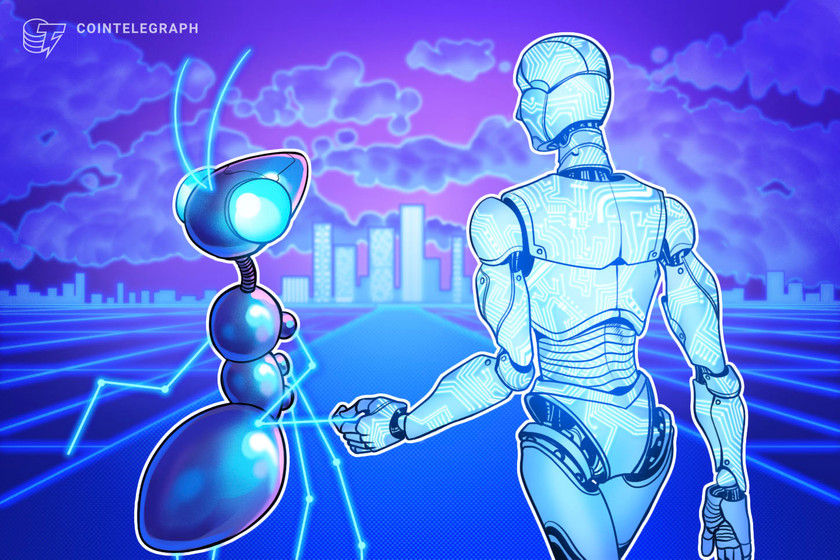 AI and blockchain are rarely utilized together — but combining these technologies could unlock a plethora of use cases.

Artificial intelligence and blockchain are both touted as technologies that will lead our future. But here’s the problem: They’re like oil and water. While innovative in their own right, there’s a noticeable lack of interconnectedness — projects that tightly combine AI and blockchain, unleashing the full potential of both emerging technologies.

Technical hurdles have been largely to blame for this. Integrating AI into the smart contracts that exist today is practically impossible. The two often rely on entirely different programming paradigms — and while smart contracts use data sparingly to reduce transaction fees, many AI models process vast amounts of data as well as a large amount of computing resources to make decisions.

Smart contracts are also incredibly strict, meaning that an outcome can only be achieved when a range of strict parameters are met. As a result, they can be ill-suited to the world of AI, where 100% accuracy is hard to achieve, especially when it comes to image and audio recognition. This demand for flexibility has created the need for a new generation of smart contracts, able to handle highly accurate (albeit imperfect) input and receive a perfect output.

As the EU Blockchain Forum noted in a recent report, combining these two technologies isn’t just desirable… it is a necessity. The authors wrote: “In the real world, especially in large-scale use cases, blockchain, AI and IoT are likely to work in concert. In a smart city, blockchain could be combined with IoT and AI on an infrastructure level to manage critical systems that cities depend upon, as well as improve quality of life for residents through safer and better designed urban environments.”

But what exactly would bringing blockchain and artificial intelligence together mean in practice? What are the tangible applications that end users would have to look forward to?

Projects involved in the space argue that decentralized apps have an opportunity to become far more advanced than they are now. Trading strategies could be informed by AI — and smart contracts could become infinitely more flexible. Blockchain platforms have the chance to offer a more convenient alternative to private keys — which can often be cumbersome to remember and store securely — with users gaining access to balances through facial recognition.

Together, AI and blockchain can also be leveraged in many other fields such as big data and IoT, insurance, manufacturing, healthcare, logistics, and many more. In all cases, AI plays an important role in processing data or automating human tasks to feed information into blockchain.

Experts have argued that AI can be just as effective as people are at many tasks — and better still, they can operate 24/7 without suffering from fatigue or becoming susceptible to human error. Likewise, blockchains are increasingly being deployed to provide transparency transactions and data to consumers. The possibilities are endless as long as there’s a way for blockchain developers to implement AI into their platforms.

AI and blockchain ecosystems at Oraichain

Oraichain is one of the companies that has been making a concerted effort to bring AI into the blockchain — unlocking compelling use cases in the process.

The data oracle platform says it enhances smart contracts by enabling them to securely access AI through APIs — unlocking reliable data in the process. Together with the launch of Oraichain Mainnet, more than 100 of these APIs are already open to the public in February.

A developers platform called Oraichain Studio helps integrate those APIs into smart contracts was launched in April 2021 — verifying the correctness of AI output, and then distributing the data generated across multiple blockchains without centralized control. In time, this could broaden access to highly trained AI models, enabling greater numbers of people to benefit from what this technology has to offer.

Oraichain has created a marketplace where experts can sell their services — ranging from AI-enhanced yield farming to price prediction and face authentication tools. As well as enabling specialists to monetize their work, executives argue that this allows smaller firms to enjoy a more level playing field with the industry titans who dominate the space.

The business is about to launch a new system, aiRight. Described as the world’s first all-in-one NFT creation and copyright management platform, it offers a complete set of services for the nonfungible token market — including generating NFTs with AI and securing copyrights on-chain. AI services also allow users to easily verify the uniqueness and authenticity of NFTs.

The company was launched by Dr Chung Dao, who has a PhD in computer science and lectures at Hanoi University of Science and Technology. In the last six months, Oraichain announced that it had formed a number of strategic partnerships with Rikkeisoft, KardiaChain, VAIOT, and OCEAN Protocol.

Rikkeisoft is a Vietnam-based IT firm with more than 1,000 employees, that would provide Oraichain necessary human resources to enhance some of Oraichain’s flagship projects — including the DeFi-focused service yAI.finance, and its AI marketplace, aiRight, and more to come.

Rikkeisoft’s CEO and co-founder Phan The Dung said at the time: “At Rikkei, we have been tracking the developments of Oraichain right from the start. We found it unique as it merges the untapped potential of AI and blockchain technologies.”

Overall, it is hoped that those partnerships will serve as a stepping stone to scale the business, and help Oraichain gain a greater presence in the U.S. and Japan with its AI and blockchain technology.

Disclaimer. Cointelegraph does not endorse any content or product on this page. While we aim at providing you all important information that we could obtain, readers should do their own research before taking any actions related to the company and carry full responsibility for their decisions, nor this article can be considered as an investment advice.