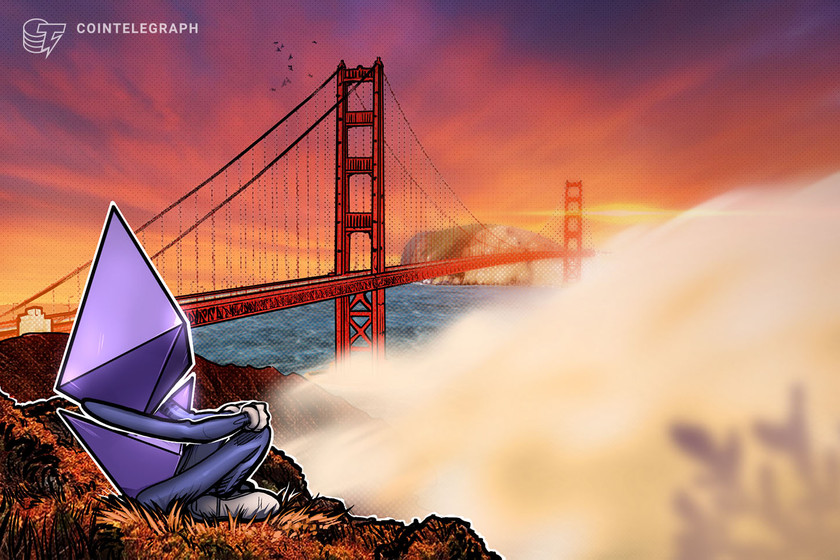 The great tech exodus: The Ethereum blockchain is the new San Francisco

The great tech exodus: The Ethereum blockchain is the new San Francisco

The blockchain shift from Ethereum to alternate chains closely resembles the exodus of tech talent from San Francisco to emerging hubs.

Remember the “Silicon Valley Tech Bubble”? In the early- to mid-2000s, the San Francisco Bay Area gave birth to some of the most storied and successful technology companies the world has ever seen. Facebook, Google, Salesforce, Twitter, Tesla, Lyft — the list itself could take up half of this article. From the palpable energy to the networking potential, one thing was certain: San Francisco was the place to be.

For many, present-day San Francisco has lost its allure. Across the city, the cost of living continues to surge. The remaining inhabitants are cobbling together money to afford the egregiously high rates and are constantly browsing Zillow to see where the grass is greener. Suffice it to say, San Francisco has become unlivable for the working class and is no longer suitable, much less ideal, for many new and existing companies. Although it gave us early tech platforms, the overcrowded, overpriced locale clings to its reputation and the memory of what it once offered.

This isn’t to bash the city of San Francisco but, instead, to highlight the allure of what is becoming San Francisco 2.0: Austin, Texas. The cheaper, sleeker city of Austin is siphoning off a high volume of San Francisco’s best companies and brightest people. Sound familiar? The blockchain community is in the midst of a similar shift.

If you’re a developer, Ethereum was your San Francisco — you had to build there. Ethereum hosts many of the most notable decentralized apps available today and truly outlined the blueprint for smart contract development. Present-day Ethereum looks very different.

Much like the city of San Francisco, Ethereum is becoming far too crowded and far too overpriced to retain its population. The limited scalability is forcing users to explore alternative options to circumvent the excessive gas prices and avoid network congestion. To maintain the analogy: Developers are looking for their Austin, Texas.

In the blockchain ecosystem, the equivalent of Austin can be seen in the likes of similarly attractive chains like Solana, Binance Smart Chain or Polkadot, to name a few. The rise of nonfungible tokens has even brought newer chains, like Flow, to the forefront as an alternative option.

Make no mistake, although NFTs are rising in popularity, decentralized finance remains at the heart of the crypto ecosystem. Among other things, the sustained rise of DeFi brought to light two critical concepts:

Related: DeFi-ing the odds: Why DeFi could rebuild trust in financial services

For this reason, alternative chains to Ethereum are receiving more developer attention than ever before. We’ve seen the likes of Polkadot, Moonbeam, Polygon, Binance Smart Chain and Solana not only challenge Ethereum but actually win over developers.

It is possible, perhaps, that instead of completely abandoning Ethereum, developers are simply test-driving these alternative chains. Maybe a developer hasn’t given up their $3,500 per month San Francisco apartment, but they’ve sublet it while renting an Airbnb in Austin.

Of course, the list does not end here. A multitude of other chains are gaining ground against Ethereum. Similarly, Austin is not the only hot destination; Miami, Denver and Toronto have each opened their arms to Bay Area transplants.

As more developers flock to new chains in search of respite from high gas prices, it is worth questioning whether this is the new normal or merely an experimental phase.

At this moment in time, it is difficult to predict whether free agent developers are moving to new chains as a temporary means of mitigating gas prices or whether they view these chains as their new long-term homes. One thing we can say with absolute certainty is that alternative chains are threatening the development monopoly held for so long by Ethereum.

Related: Where does the future of DeFi belong: Ethereum or Bitcoin? Experts answer

Among the most telling factors will be the unveiling of Ethereum 2.0. The upgraded solution promises to increase the efficiency and scalability of the Ethereum network — alleviating the most alarming pain points of the blockchain at present.

Related: Ethereum 2.0: Less is more… and more is coming

At the same time, San Francisco had the biggest drop in rent across the country over the past several months, with costs dropping 23% early this year. San Francisco, in its own right, is trying to entice people with its own “2.0” unveiling.

Related: Eth2 is neutral infrastructure for our financial future

One question now haunts both Ethereum and San Francisco: Will it be enough?

Although the number of developers on Ethereum is a bit harder to determine, we’ve already seen the number of newcomers to San Francisco fall by 21%. If this is any indication, Ethereum may be in danger of permanently losing its clientele to alternative chains if it does not address its problem areas in the very near future.

Ethereum and San Francisco have both served as linchpins for development in their respective ecosystems. Their blueprints, in fact, are the basis on which these new and exciting alternatives are being built and modified.

As the blockchain community reshuffles and new apartment tenants unpack boxes, it begs the question: In which blockchain do you reside? Hopefully, one that offers less network traffic, lower gas fees, and can handle an influx of newcomers. If not, it may be time to consider a move.

Alex Wearn is the co-founder and CEO of IDEX, a cryptocurrency exchange focused on performance and security. He has spent his career in software development, including time at a marketing analytics startup that was acquired by IBM and as an analytics project manager for Adobe. Prior to IDEX, he led the product management efforts for Amazon Logistics’ capacity planning. He has been working for crypto startups since 2014, transitioning to full-time with the launch of IDEX in 2018.