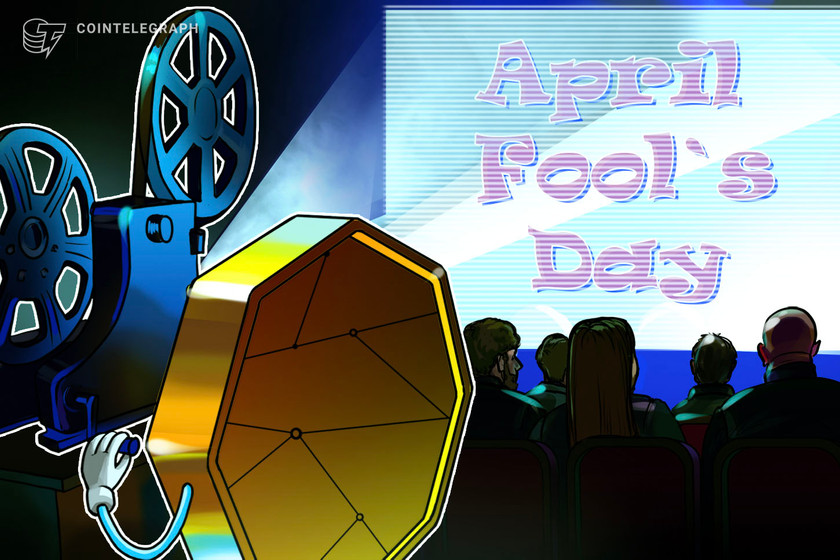 Hat voucher tokens are now going for as much as $3,700 in a joke sale that got out of hand

What started as a joke to celebrate April Fools Day has become yet another sign of a frothy, overeager market as a bonding contract designed to sell baseball cap vouchers sold 468 hats in just a few hours, raising over $100,000 and bumping the price per hat to $3700.

Solana-based decentralized finance, or DeFi, platform Mango Markets announced the sale on Twitter this morning with the caption “ICO ALERT!”, a twist on the Initial Coin Offerings of yore. According to a blog post, Mango’s Initial Cap Offering is all about high fashion.

“Yes, these are dynamically priced, with a limited supply of 500, bonding curve stuff, blah blah blah, but that’s not what this is about. This is just straight-up good clothing,” the team wrote.

Despite the cavalier, tongue-in-cheek attitude, there were buyers aplenty with over 400 of the total 500 supply of redeemable MCAP tokens sold in the first hour. The demand led to some significant UI/UX problems, with failed transactions and users even having difficulty getting the “buy” button to work. Ironically, buyers can’t even redeem their MCAP vouchers yet.

The team only started developing the contracts for the sale on Tuesday, and one team member said that due to bugs he himself bought a cap late in the sale for $2600. He remains in good spirits despite the steep price, however.

“This is a long-term investment,” said team member Dafydd Durairaj jokingly. “This is for my children.”

Jokes aside, the team made it clear that the merch sale was not intended as a fundraising tool and certainly shouldn’t be treated as an investment.

“The motivation was as a practical joke,” said Schneider, noting that the Mango community has been clamoring for information about an actual platform token, leading the team to create a “Wen token?” channel on their official Discord.

“We did it for the community. We’ve been getting a lot of support, and we wanted to build something for them to have a little fun,” they said.

The team is currently debating internally what to do with the funds the hat sale raised, with a likely outcome being that they’ll donate the proceeds of the sale.

However, in crypto — where Dogecoin can be a popular currency —the difference between a joke and an investment can often be difficult to augur. Unisocks, a similar project from AMM Uniswap that allows users to exchange SOCKS tokens for a pair of physical socks, is now considered a part of DeFi history.

Bafflingly, SOCKS are currently worth $104,000 per token, per Coingecko.

eGirl Capital member and noted Unisocks investor CL told Cointelegraph that SOCKS appreciated in value due to a confluence of factors.

“It came out during the very early days of DeFi, and it was the first of its kind. As DeFi and crypto grew, this slowly became a piece of history of the DeFi and crypto,” they said. “It traded at tens and hundreds of dollars for a over a year, before the scarcity really kicked in. Its supply is very well distributed because no one thought it’d be what it is today, so no one really hoard a large amount. per onchain analysis, most SOCK holders only own 1 pair of SOCKS or even just a fraction, thus naturally providing a massive price floor.”

He cautioned that buyers rushing into MCAP expecting similar returns might be piling into an overbought market, and that it’s worth playing a longer-term game.

“Price wise, i think Mango Caps is already a success, but the thesis for buying it is not the same thesis as SOCKS, actually, I am not sure what the thesis on caps yet, it mostly seems like short term hype, since you can’t just create a “historical” or “cultural” thing over night, but if Solana grew year by year, it could be worth more down the road.”

Likewise, Schneider says that MCAP’s success is a sign of rampant speculation.

“I think people are really excited, and right now somehow everything can somehow have a value and there’s always someone trying to pay more for it. Even for, you know, hat vouchers, people are willing to play this game. The overall sentiment is, people want to buy-in.”