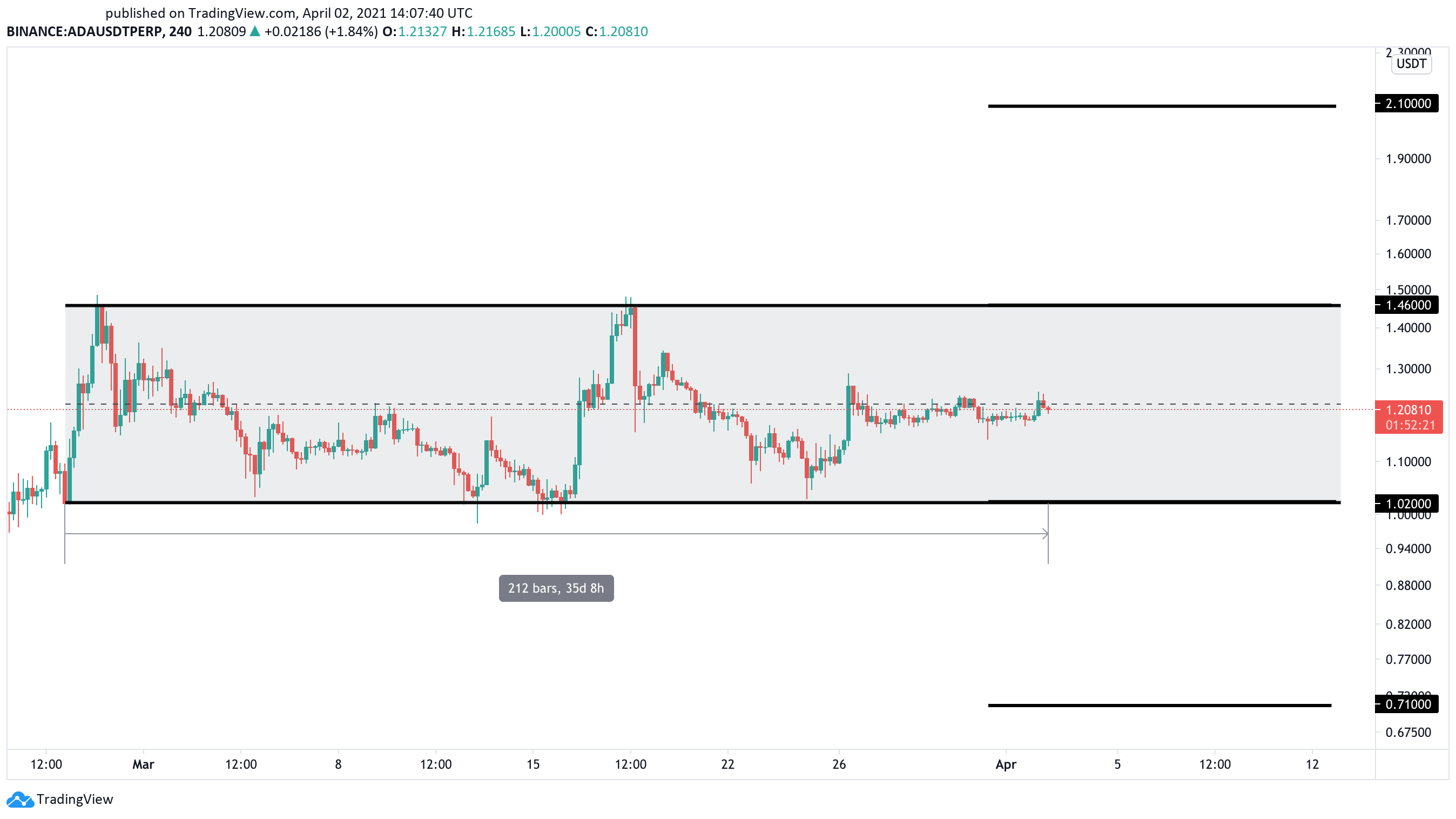 Cardano (ADA) prices are dormant, even though an upgrade that will add support for smart contracts and applications is approaching.

Cardano made headlines after IOHK CEO and founder Charles Hoskinson revealed a roadmap for the blockchain’s Alonzo upgrade. The update will add support for smart contracts and applications.

However, ADA’s price has failed to react to the positive news. ADA has remained stagnant since it rose to a new high of nearly $1.50 on Feb. 27. Since then, ADA has been mostly contained between the $1.00 support and the $1.46 resistance. This market behavior led to the formation of a parallel channel on the 4-hour chart.

Each time that ADA has risen to the channel’s upper trendline, a rejection has occured that pushes the price of the cryptocurrency to its lower edge. From this point, the price tends to rebound.

ADA Price Could Rise or Fall

Although parallel channels may offer excellent opportunities to profit given the price action’s predictability, these patterns fail to indicate which direction the trend will take. Experienced traders tend to wait for a clear break outside of the channel before entering a trade.

Two price targets emerge by measuring the channel’s width and adding it to the potential breakout points.

Cardano will likely rise to $2.10 if bullish investors go through the $1.46 resistance level. However, a spike in selling pressure that pushes ADA below $1.00 could trigger a sell-off towards $0.71.

Due to the two possible outcomes, it is imperative to wait for a decisive 4-hour candlestick close outside of the channel before entering any trade to avoid potential risks.