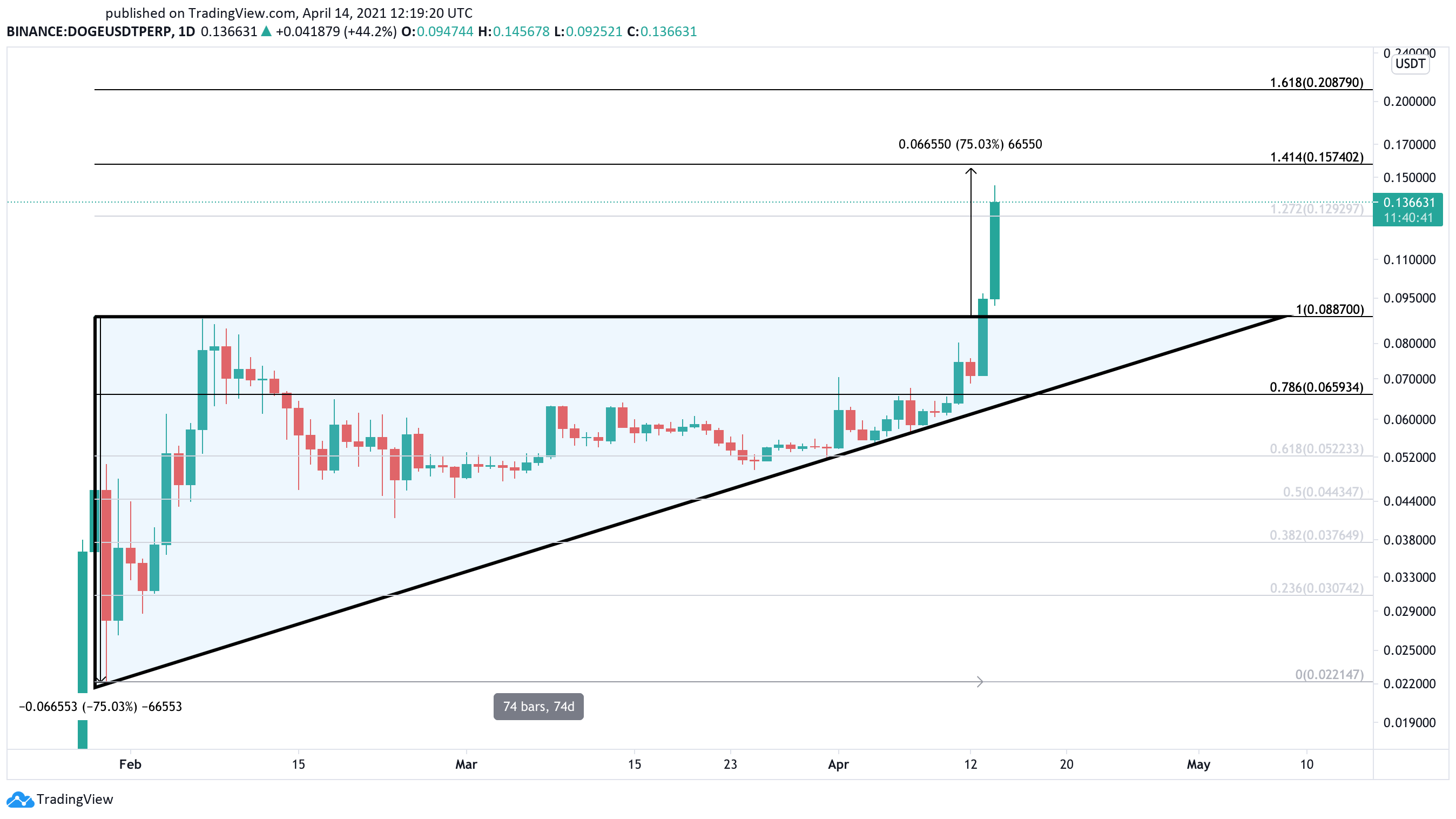 Crypto staking: How to pick the best staking coins for passive income

Dogecoin made headlines after skyrocketing by more than 100% to make a new all-time high of $0.146.

Dogecoin has resumed its uptrend after consolidating for more than two months. Throughout the stagnation period, DOGE made a series of higher lows while the $0.0887 resistance level prevented it from advancing further.

Such market behavior led to the formation of an ascending triangle on its daily chart.

A sudden spike in the buying pressure behind Dogecoin has seen its market value double within the past 36 hours. The bullish impulse allowed it to break through the triangle’s x-axis at $0.0887 and make a new all-time high of $0.146.

DOGE has now become the tenth-largest cryptocurrency by market capitalization, above Chainlink, and might have more room to go up.

Another 8% surge toward the 141.4% Fibonacci retracement level at $0.157 looks likely. This target is determined by measuring the height of the triangle’s y-axis and adding it to the breakout point.

Although Dogecoin may have risen quickly, the presence of whales on the network suggests prices could even target the 161.8% Fibonacci retracement level at $0.21.

Since whales have a disproportionate impact on prices because of their enormous holdings, they can coordinate buying and selling activity to pump or dump tokens. Such is the case that over the past few years, each time the number of large DOGE transactions starts to increase, prices tend to follow.

As long as Dogecoin can keep its momentum and prices hold above $0.0887, further gains can be expected.