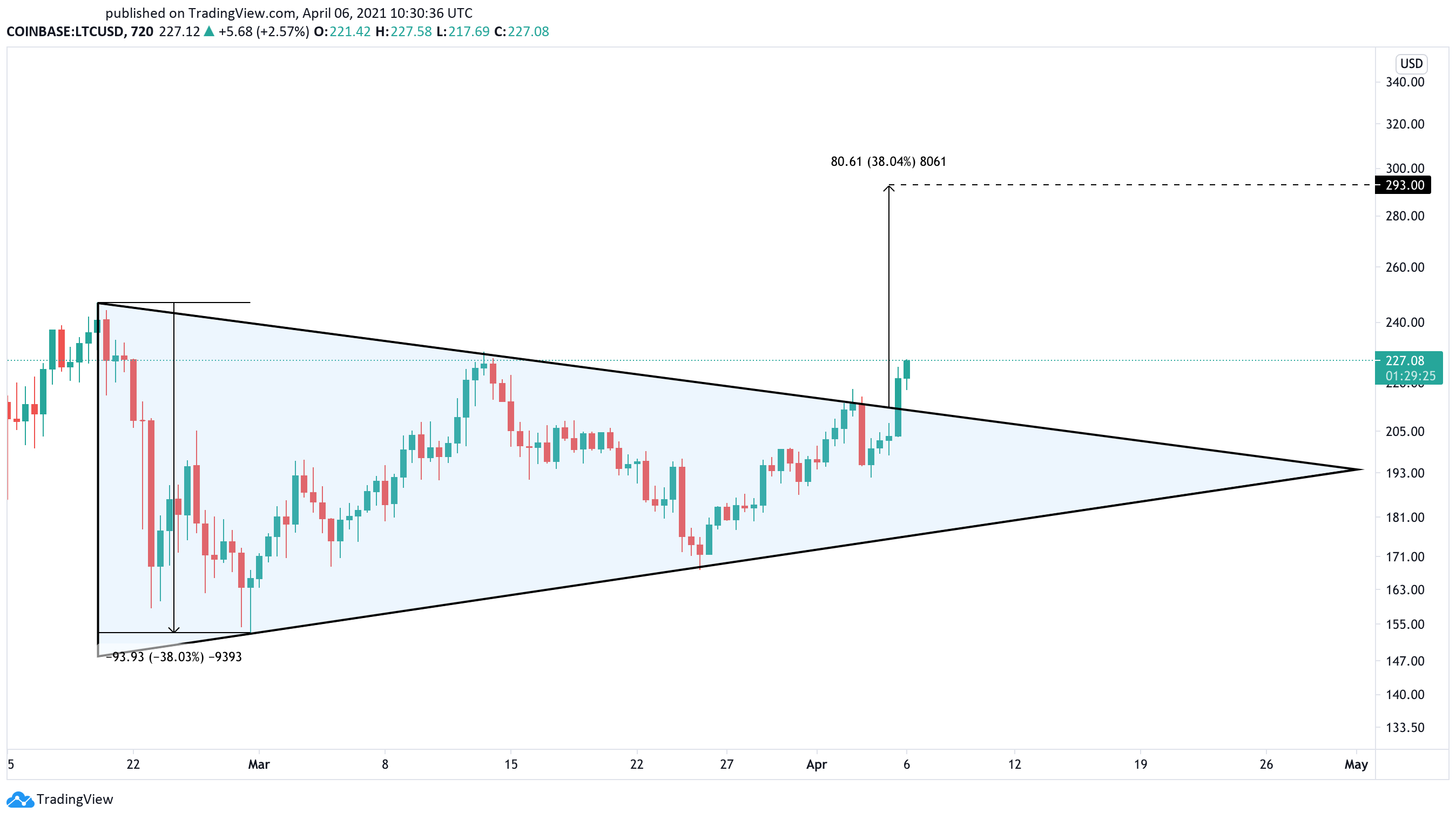 Litecoin’s lackluster price action may have finally concluded. LTC finally broke through a crucial resistance level that could see its market value rise by nearly 40%.

Litecoin has been lagging behind Ethereum and some of the top cryptocurrencies by market capitalization. While the smart-contracts giant has posted a year-to-date return of nearly 190%, LTC has only risen by 85% since the beginning of 2021.

Other than the upcoming Mimblewimble Extension Blocks (MWEB) feature, the lack of any significant developments has impacted this altcoin’s ability to advance higher. Still, it has benefited from a rising crypto tide, which has pushed many coins to higher highs.

Litecoin was recently able to capitalize on the bullish momentum that the upcoming Coinbase listing has generated. Its price sliced through the upper trendline of a symmetrical triangle where it had been consolidating for over the past month.

Now, LTC looks primed to rise by more than 38% towards a new yearly high of over $290. This target is determined by measuring the height of the triangle’s y-axis and adding that distance to the breakout point.

IntoTheBlock’s In/Out of the Money Around Price (IOMAP) model reveals that there is only one supply barrier ahead that could prevent Litecoin from reaching the triangle’s target. Based on this on-chain metric, more than 36,000 addresses had previously purchased roughly 2 million LTC between $226 and $232.60.

Such a significant interest area could absorb some of the upward pressure seen recently as holders within this price range would likely try to break even on their underwater positions. Therefore, only a decisive 12-hour candlestick close above $232.60 could validate the bullish outlook.

Failing to claim this price hurdle as support might correct the symmetrical triangle’s upper trendline at $212 or the $195.50 support. Here, the IOMAP cohorts show that nearly 180,000 addresses are holding more than 3.80 million LTC.

Disclosure: At the time of press, the author held Ethereum and Bitcoin.