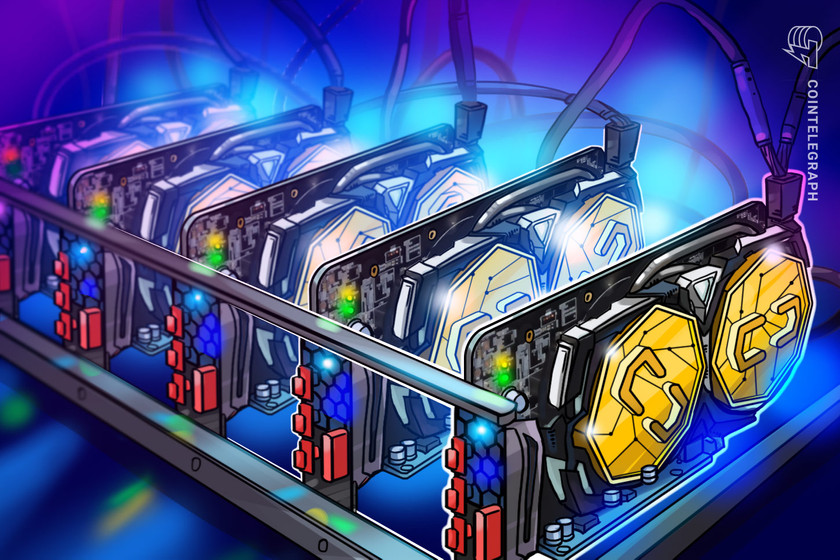 Marathon plans to divert all hash power to its new, regulatory compliant Bitcoin mining pool from May 1.

Major U.S.-based mining firm Marathon Digital Holdings has announced the launch of what it describes as the first North American Bitcoin mining pool that is “fully compliant with U.S. regulations.”

According to a March 30 announcement, the pool adheres to U.S. anti-money laundering guidelines and rules set out by the Office of Foreign Asset Control, or OFAC. Marathon will ensure the transactions processed by its pool meet regulatory standards by using technology exclusively licensed by DMG Blockchain allowing transfers to be filtered.

The firm will begin diverting 100% of its current hash power to the new pool from May 1. Marathon’s new pool also plans to begin accepting hash power pooled from other U.S.-based miners from June 1. By 2022, Marathon expects to have deployed 103,120 miners to direct 10.37 exahashes per second, or EH/s, to the mining pool — equal to roughly 6.4% of the Bitcoin network’s current combined hash rate.

By avoiding transactions executed by individuals on the U.S. Department of Treasury’s Specially Designated Nationals and Blocked Persons List, Marathon claims its operations will be entirely regulatory compliant.

The announcement does not specify how DMG’s technology identifies whether transactions have been issued by individuals blacklisted by the Treasury Department.

Merrick Okamoto, Marathon’s chairman and CEO, asserted that despite the recent surge in institutional interest surrounding Bitcoin, a lack of regulatory assurances has deterred many firms from participating in Bitcoin mining:

“While institutional interest in Bitcoin is accelerating, many large funds and corporations have expressed concerns over purchasing Bitcoin that may have been tainted by nefarious actors.”

“While we appreciate some miners’ appetite for processing transactions indiscriminately, it is our belief that as a publicly listed company based in the United States, and as one focused on enabling more institutional adoption of Bitcoin, it is our responsibility to follow U.S. regulations,” he added.

Despite the apparent reluctance of institutions to participate in Bitcoin mining, analysts believe some U.S. investors have been speculating on the stocks of major mining firms as a way to access regulated exposure to the BTC markets.

Last week, Cointelegraph reported that Bitcoin mining stocks had outperformed BTC by 455% on average over the past 12 months, gaining roughly 5,000% over the same period that Bitcoin rallied 900%.

Fundstrat’s vice president of digital asset strategy, Leeor Shimron, speculated: “Until a Bitcoin ETF is approved, investors may view public mining companies as one of the only ways to get exposure to Bitcoin.”