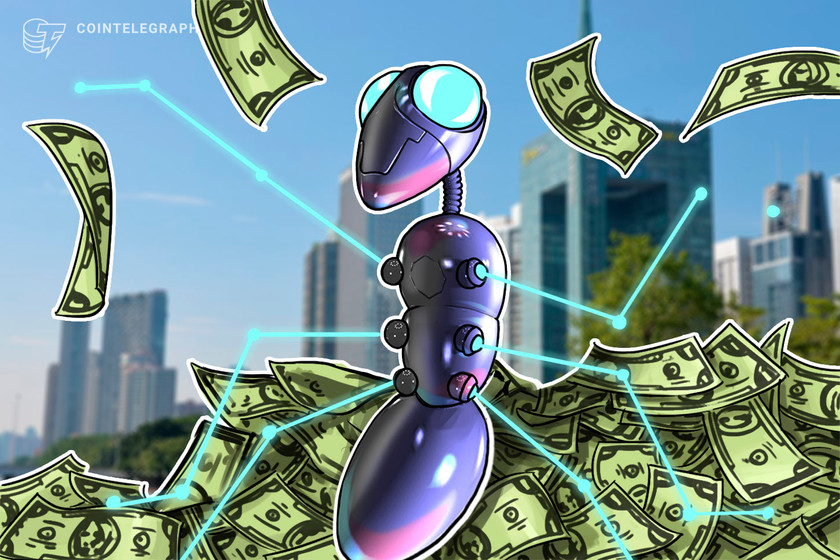 Enterprise blockchain solutions rally as businesses get hip to crypto

Enterprise blockchain solutions rally as businesses get hip to crypto

The mainstream adoption of blockchain technology continues to pick up steam as stories like Microstrategy using Bitcoin (BTC) to pay bonuses for its board of directors and Topps announcing plans to release nonfungible token collectible trading cards make headlines on a almost daily basis.

As more companies and organizations explore what the integration of blockchain technology can do for them, tokens that offer enterprise solutions and provide simple ways for interested parties to explore and use distributed ledger technology have seen triple-digit gains in 2021.

Stellar (XLM), XRP, and XinFin Network (XDC) are three enterprise-focused cryptocurrencies that have seen their prices outperform the field over the past few weeks as global businesses increasingly look to blockchain to help create a simplified and efficient global trade network.

XRP is perhaps one of the most well-known crypto projects behind Bitcoin and Ethereum as it has a large group of supporters often referred to as the XRP Army for their willingness to defend the somewhat controversial project.

While growth for XRP in 2021 was initially slowed due to regulatory actions by the U.S. Securities and Exchange Commission which led to the delisting of XRP on multiple cryptocurrency exchanges, its price has surged in the month of April.

Trading volume and social activity for XRP picked up significantly in early April when the platform refocused its marketing efforts on promoting how Ripplenet can help create a “more financially inclusive and sustainable future.”

The refocus also included the acquisition of a 40% stake in cross-border payments specialist Tranglo on April 5 and the announcement of a partnership with Mercury FX on April 9. The goal of these partnerships is to help develop an international payments system throughout Africa, and this coincided with the last major spike in the price of XRP.

Stellar is an open network that was originally founded in 2014 as a result of a hard fork from the Ripple Labs protocol due to differences in the vision of where the project should be headed.

Over the years its mission has morphed from that of trying to increase inclusion by reaching the world’s unbanked to helping financial firms connect with each other with blockchain technology.

Some of the biggest news for XLM came at the beginning of March with the release of Horizon 2.0:

This major release has been years in the making. It lets people deploy Horizon with fewer resources, under looser constraints, and with far more flexibility than ever before!

According to the announcement, Horizon 2.0 created a new way to run the Stellar network infrastructure that “enables large organizations and small developers alike to deploy Horizon with fewer resources, under looser constraints, and with far more flexibility than ever before.”

The team also announced partnerships with Velo protocol to help foster international payments in Southeast Asia and with the Cowrie Integrated Systems to help develop payment corridors throughout Africa, with an initial focus on Nigeria.

On April 6, the Stellar Development Foundation’s (SDF) validator nodes temporarily stopped validating transactions on the Stellar network causing concern for community members. According to the SDF, the network remained online during this time as most nodes on the network were still functioning and processing transactions.

After an initial pullback in XLM price due to the SDF nodes being taken offline, the reaffirmation in the security and decentralization of the Stellar network led to a quick recovery and breakout to $0.656, its highest level since January 2018.

A lesser-known enterprise-ready solution that has burst onto the scene in 2021 is XinFin Network (XDC), a hybrid Blockchain technology company optimized for international trade and finance that “combines the power of public & private blockchains with Interoperable smart contracts.”

2021 got off to a slow start for XDC due to a hack of the AlphaEX exchange in December 2020 that saw 300 million Ethereum-based XDC (XDCE) stolen and sold on the open market.

A series of steps were taken to mitigate the effects of this hack, which included the burning of 500 million XDCE and the decision to eventually phase out the XDCE contract and focus solely on the XDC token.

Following the community resolution of the hack, XDC price has exploded to a new all-time high of $0.076 on April 10 thanks to protocol upgrades like the ability to send tokens while offline and a XinFin to Corda bridge that enables XDC to move freely between the Corda Network and XinFin.

XDC also benefited from being listed on multiple exchanges including Liquid Global and Probit, as well as the launch of a regulated index for XinFin digital assets by the regulated index provider Vinter.

As blockchain technology continues its integration into multiple sectors and businesses explore what DLT has to offer, enterprise-focused solutions like XRP, XLM and XDC are well-positioned to see further growth due to the fact that they offer simple solutions that allow people to create and transact cryptocurrencies with minimal effort.