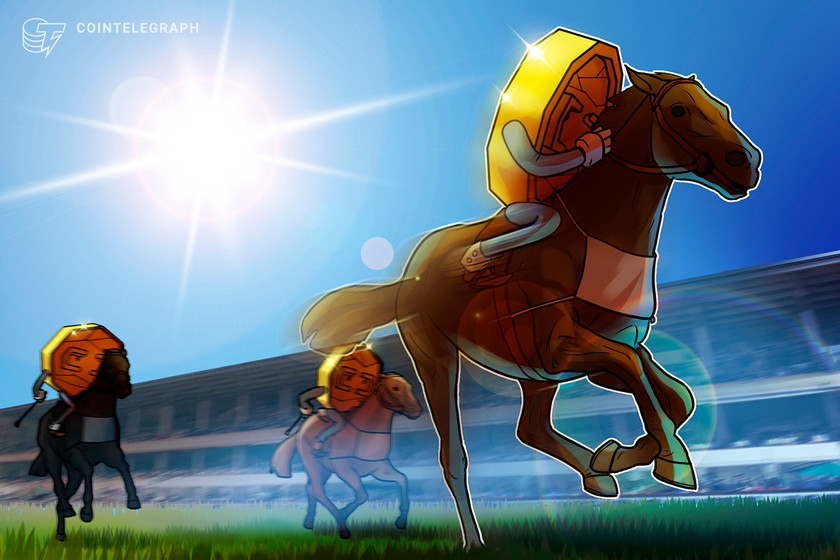 Surprise NFT drops, new partnerships and sticking to the project development roadmap are the primary factors behind the rally in Holo, Origin Protocol and Wanchain.

On March 30 PayPal president and CEO Dan Schulman told Reuters that the online payment giant will allow its U.S. consumers to pay with cryptocurrencies when they transact with millions of its global merchants. This is a major step in the mainstream adoption of cryptocurrencies.

In other news, the Chicago Mercantile Exchange plans to launch a new Micro Bitcoin (BTC) futures contract on May 3, which will enable investors to precisely hedge their Bitcoin risk. This also means that smaller investors who could not trade the existing Bitcoin contract because of its 5 Bitcoin requirement may be able to dive into derivatives as the Micro futures start at 0.1 BTC.

While Bitcoin hogs the limelight, there are several tokens that have been making strong moves in the background. Let’s see the performance of three such tokens.

The latest leg of the rally was triggered by March 25 announcement that Holo Limited was granted a U.S. patent for the rrDHT networking innovations within Holochain. According to the firm, “this patent represents an easy way to represent complex distributed data models, and manage them with high resilience.”

Holo clarified in a blog post that the patent was filed to prevent trolls from filing patents on this innovation and also to protect the “rights of the users to have sovereignty over their data.” While this is a positive step, only time will tell if Holochain can offer a reliable alternative to blockchain technology.

VORTECS™ data from Cointelegraph Markets Pro began to detect a bullish outlook for HOT on March 26, prior to the start of the rally.

As seen in the chart above, the VORTECS™ Score for HOT flipped green on March 26, just hours before the start of the rally.

The price rose from a low at $0.0067 on March 25 to an intraday high of $0.0206, a 207% rally in six days. This shows the uptrend is backed by strong momentum. However, the pace of the rise has pushed the relative strength index to extremely overbought levels, increasing the possibility of a minor correction or consolidation in the next few days.

In strong uptrends, the bulls generally buy every minor dip. The first support on the downside is the 38.2% Fibonacci retracement level at $0.0153. If the price rebounds off this support, it will indicate strength. The bulls will then try to resume the uptrend by pushing the price above $0.0206.

Conversely, if the bears sink the price below the 50% retracement level at $0.0136, the correction could deepen to the 61.8% retracement at $0.0120. Usually, such a deep correction delays the start of the next leg of the up-move.

Origin Protocol (OGN) started off with a focus on the sharing economy but the project has expanded into building applications for peer-to-peer commerce and decentralized finance.

Origin released its official “Litepaper” on March 17, and the document details how the Origin NFT launchpad will allow users to build their own marketplace with custom landing pages and dynamic auction formats.

In an AMA session with Binance China, Origin’s co-founder Matthew Liu said the protocol plans to include NFT drops and bonuses for OGN holders in the future.

In addition to NFTs, the protocol is planning to develop payment apps and launch an Origin USD debit card.

The launch of OGN staking on Binance from March 4 and the recent inclusion of OGN as a collateral asset on Cream Finance could also be attracting investors to the project.

OGN price has been on a tear in the past few days. It went from $0.75 on March 25 to an intraday high at $2.36 today, clocking a 214% return in less than a week. However, traders seem to be in a profit-booking mode today as seen from the long wick on the day’s candlestick.

If the profit-booking continues tomorrow, the OGN/USDT pair could drop to the 50% Fibonacci retracement level at $1.55. This is an important support because a bounce off it will suggest the sentiment remains bullish and traders are accumulating on dips.

On the contrary, if the selling intensifies and breaks the $1.55 support, the pair could drop to the 61.8% retracement level at $1.36. A rebound off this support may keep the pair range-bound for a few days before the start of the next trending move.

On March 30 Wanchain announced that the State Grid Corporation of China had selected its blockchain technology for upgrading thei national data management system. This opens a plethora of opportunities for the future.

Wanchain founder and CEO Jack Lu tweeted on March 9 that he had successfully sent the first-ever Bitcoin to Ethereum transaction using the decentralized BTC to ETH direct bridge. That was followed by the announcement that the team would test XRP’s cross-chain compatibility with Wanchain and Ethereum on March 29.

To reduce the impact of high network fees, Wanchain announced that it will reduce the gas fees needed to move assets cross-chain to Ethereum by 33% in order to bring some relief to users.

Wan surged from $1.09 on March 26 to an intraday high at $2.30 today, a 111% rally within five days. Traders seem to be booking profits after the rally today as seen from the long wick on the day’s candlestick.

The first support on the downside is the previous resistance at $1.67. If the bulls can flip this level to support, it will suggest strength. The buyers will then try to push the price above $2.30. If they succeed, the next target to watch on the upside is $2.88.

However, if the bears sink the price below $1.67, the WAN/USDT pair could extend its fall to $1.40. A bounce off this level could keep the pair range-bound for a few days before the start of the next trending move.