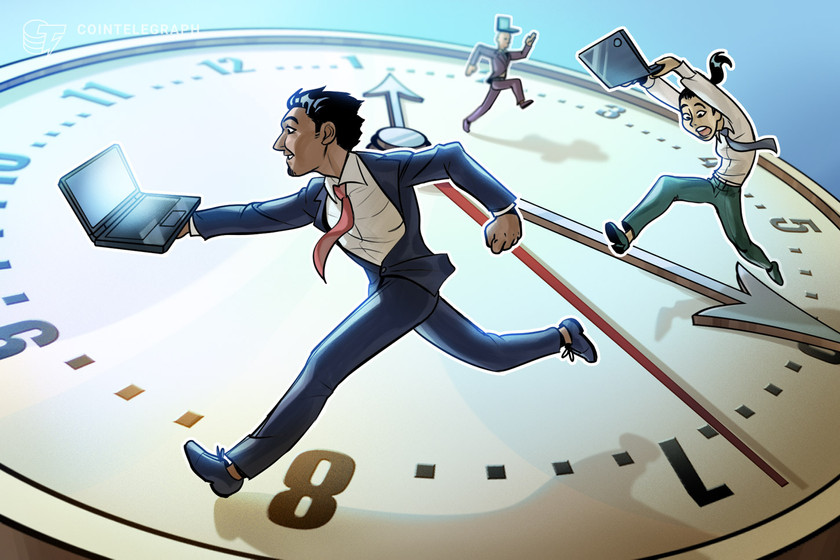 The funding rate of Bitcoin dropped to a level unseen since September 2020, signaling fear in the market.

The funding rate of Bitcoin (BTC) has dropped to levels not seen since September 2020 as the price of Bitcoin plummeted below $52,000 on April 18. Quant trader and analyst Lex Moskovski says it shows fear has returned to the market.

According to the data from Glassnode, the average Bitcoin futures funding rate across all exchange dropped to as low as around -0.03% on Sunday

What is funding rate and why does it dropping matter?

Bitcoin futures exchanges use a mechanism called “funding” to achieve balance in the market.

The way the mechanism works is simple: if there are more longs or buyers in the market, the funding rate rises, and vice versa.

As such, when the funding rate turns negative, it means the majority of the market is short-selling Bitcoin, indicating fear in the market.

“Wow, it’s been a long time since we’ve seen funding this negative. Fear.”

Earlier this week, Bitcoin was hovering at around $64,000 in anticipation of the Coinbase public listing. At the lowest point of the day on April 18, BTC dropped to as low as $50,000.

From the day’s highest to lowest point, the price of Bitcoin dropped by almost 15% against the U.S. dollar.

The market sentiment can change so quickly because many traders use high leverage across major exchanges.

During the Coinbase public listing week, the funding rate of Bitcoin was stable at 0.1% to 0.15% on top futures exchanges like Binance and Bybit.

This shows that many traders were aggressively longing or buying Bitcoin, making the futures market incredibly overheated.

When this happens, the incentive to short sell Bitcoin massively increases and it puts the market at risk of a big cascade of liquidations.

There has been speculation over the past 48 hours that the abrupt drop in the hash rate of the Bitcoin blockchain network led to the price drop.

Consequently, the hash rate of Bitcoin dropped quickly thereafter, leading to concerns that it would hinder the market sentiment around BTC.

However, Adam Cochran, a partner at Cinneanhaim Ventures, said that the Bitcoin hash rate dip likely did not cause the price of BTC to drop. He said:

“The idea that a power outage last night in a mining region in China led to the dip in $BTC is utter nonsense, just like the spurious correlation graphs above. But even worse, when you run the math *there is no correlation* If someone is confident in a correlation and has enough data to make a graph, ask them for the receipts. If they have no idea how to run a regression test, then they don’t actually know if its correlated or not.”

If the Bitcoin price drop was not caused by fundamental factors but rather was purely technical as a result of an overcrowded futures market, the case for a swift recovery strengthens.

In the short term, it is favorable for Bitcoin to remain at around the $56,000 support area, as the futures market finds composure and the funding rates stabilize.