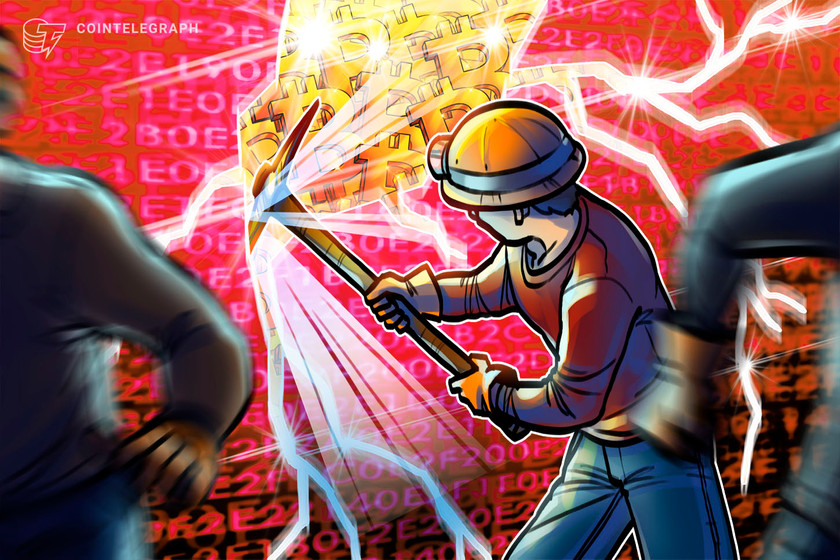 The share price of Chinese Bitcoin mining company Ebang continues to fall, while the firm refutes claims made in a Hindenburg Research report that alleged it was pilfering American investors’ cash.

The Hindenburg Research report, published on Tuesday, described Ebang as “simply the latest chapter in the ‘China Hustle’ disguised as a Bitcoin mining play.” The report alleges that Ebang raised hundreds of millions of dollars through public offerings in the United States under the guise of operating as a Bitcoin (BTC) mining company.

The money raised in the funding rounds was reportedly funneled out of the company in “a series of opaque deals with insiders and questionable counterparties.” Ebang describes itself as a “leading Bitcoin mining machine producer,” yet according to Hindenburg’s research, the firm hasn’t released a new product since 2019, and its sales have dwindled steadily since.

Ebang, along with Canaan Creative, is one of only two Chinese Bitcoin mining companies publicly traded on U.S. stock markets. The share price of NASDAQ: EBON has fallen 20% since the start of the week. After trading at $6.35 on Monday, the share price had dropped to $5.00 by Tuesday’s close, equating to 21% losses. The stock has since bounced back to $5.03, leaving weekly losses in excess of 20%.

The Hindenburg report alleges that Ebang saw the writing on the wall for its mining rig business, which was said to produce inferior machines to local competitors. The company is said to have then spun itself into a cryptocurrency exchange, dubbed Ebonex. The initial announcement apparently boosted the EBON market cap up to $922 million.

Hindenburg researchers claim to have found out that the Ebonex exchange was purchased from a crypto exchange service provider called Blue Helix, which offers “out-of-the-box” exchanges for no money upfront.

After launching just months ago, Ebonex miraculously soared to record some of the highest trade volumes in the world, despite having no online presence whatsoever. Its allegedly fictitious figures are not recorded on crypto market tracker websites like CoinMarketCap or CoinGecko, and Hindenburg refers to the whole affair as “yet another cautionary tale for inexperienced retail investors.”

The report prompted an official response from Ebang International Holdings Inc, which claimed the review was full of speculation and unsupported claims. The announcement stated that Ebang would examine the claims made by Hindenburg and take the necessary steps to protect its investors.

“Based on the review by the Company’s management team, we believe that the Hindenburg Report contain many errors, unsupported speculations and inaccurate interpretations of events,” stated the announcement.

It added, “The Board, together with its Audit Committee, intends to further review and examine the allegations and misinformation therein and will take whatever necessary and appropriate actions may be required to protect the interest of its shareholders.”

0
0   0
previous Sri Lanka’s central bank warns public against risks of crypto investment
next After Beeple, CryptoPunks Are Coming to Christie’s