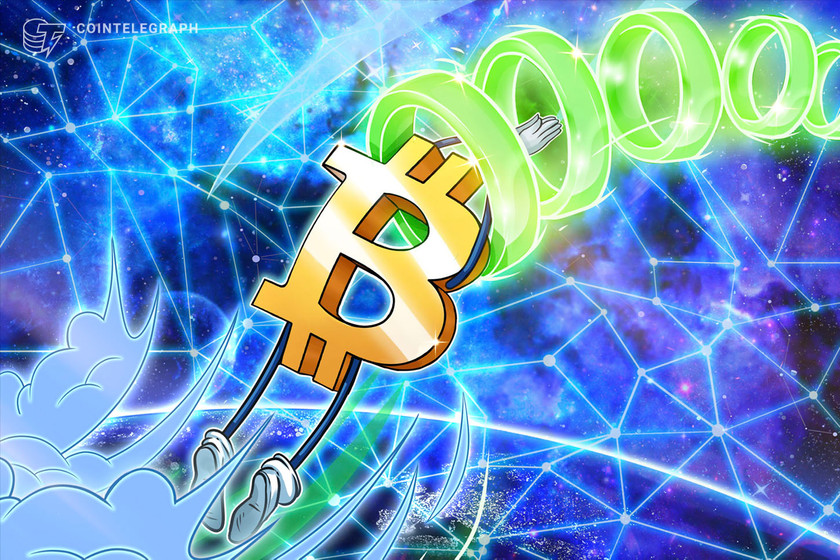 The company said it held more than $94 million in crypto as of March 31, all from Bitcoin it has mined.

In an announcement on Monday, Riot Blockchain reported that it produced 187 Bitcoin (BTC) — roughly $11.2 million — last month, an 80% increase over its BTC mining in March 2020. The company said it held more than 1,565 Bitcoin on its balance sheet as of March 31, representing more than $94 million in crypto.

The mining report follows Riot’s $138 million purchase of 42,000 S19j Antminers from crypto mining giant Bitmain. Roughly 6% of the rigs — 2,400 Antminers — are reportedly already on route to Coinmint’s facility in New York, where Riot runs a portion of its mining operations. By the end of April, Riot claimed it will have 16,146 Antminers in operation capable of producing 1.6 exahashes per second.

As more of the Antminers are put into operation, Riot expects its hashing power to rise significantly. By the end of the year, the mining firm expects to achieve a hash rate capacity of 3.8 EH/s, while the total fleet capacity of 81,146 Antminers — expected to be fully operational before the fourth quarter of 2022 — may produce a hash rate of 7.7 EH/s. According to blockchain data, this would represent more than 4% of the hash rate of the entire Bitcoin network, roughly 171 million terahashes per second at the time of publication.

Riot is also reportedly planning to purchase a major mining facility in the state of Texas. The mining firm said last week that it would buy the Northern Data-owned Whinstone company for $650 million. The deal would seemingly allow Riot to run its rigs in Texas with a total capacity of 750 megawatts, with an additional 300 MW expansion planned.

0
0   0
previous Boson Protocol raises $25.8M via public token sale
next Investor Says Bitcoin Bull Run Is Not Just Getting Started, Run-up Is in the ‘Top of the 7th Inning’