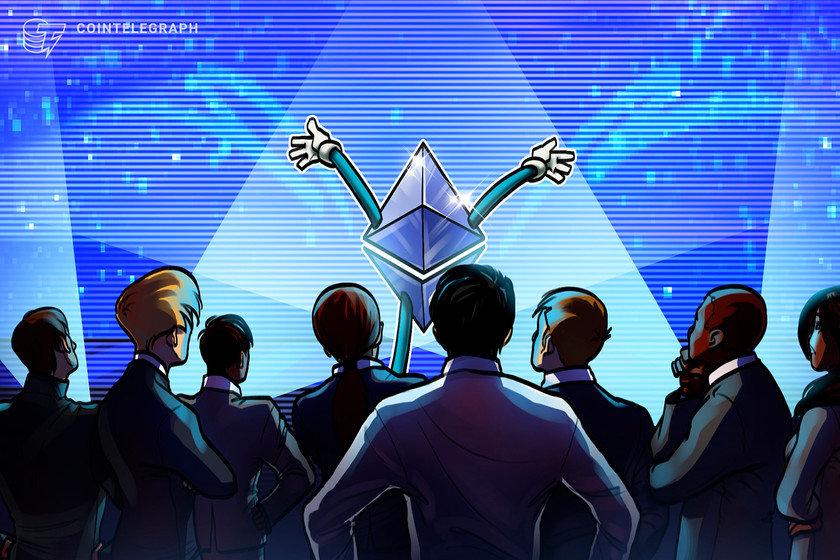 Altcoins begin to deliver gains on Thursday, while Bitcoin stays down, bringing its market cap dominance below 50%.

Ether (ETH), the largest altcoin by market capitalization, hit new all-time highs on April 22 despite a bearish phase sweeping through Bitcoin (BTC) and other cryptocurrencies.

Cointelegraph Markets Pro and TradingView showed ETH/USD hitting $2,600 on April 22 for the first time, on the back of 9.2% daily gains.

The second-largest cryptocurrency increasingly stood out against the rest on the day, as Bitcoin continued to consolidate lower and other altcoins suffered from a painful knock-on effect.

Analysts and investors, already buoyed by the previous action from this year’s “alt season,” were thus firmly bullish on the near-term prospects.

“To be brutally honest, I stare at the chart of ETH/BTC and I see an enormous rounded bottom with potentially huge breakout just above,” Real Vision CEO Raoul Pal told Twitter followers in a series of posts.

“When you price anything up in DeFi, NFT, community tokens or even metaverse worlds, everything is basically priced in ETH, including designers time etc. ETH is rapidly becoming the currency of the digital world and BTC is the pristine collateral and base layer.”

Pal noted Ether’s superior gains versus Bitcoin in recent times, part of a trend that has seen ETH/USD outperform by a considerable margin since the pit of the cross-asset price crash in March 2020.

As Cointelegraph reported, altcoins’ overall strength this month was already expressing itself in Bitcoin’s dwindling market cap dominance, which dipped below 50% for the first time in almost three years.

Such events tend to spark the most intense part of “alt seasons” in which tokens see a rapid surge to a peak before cooling off.

The latest ETH gains nonetheless came with a predictable pay-off: Gas fees for sending transactions began to spike on the day, a timely reminder for those caught unaware during previous phases of the bull market.

Other misgivings about the market’s overall strength included caution from professional traders based on Ether derivatives signals.

Other altcoins, meanwhile, were beginning to show signs of life at the time of writing, including Litecoin (LTC) and Chainlink’s LINK, both up around 6.5%.